Chennai: India opener Shikhar Dhawan said the “controlled and aggressive” nature of skipper Virat Kohli rubs on the entire team and fires up the players to be more attacking on the field. “He (Kohli) is really controlled and aggressive in the field and that brings an aggressiveness on all the players too and we are also more attacking towards the opponents,” said Dhawan ahead of the upcoming Test series against Sri Lanka. Dhawan and Kohli have been friends for long time and have played Ranji Trophy for Delhi. Asked about their friendship, the left-hander said,”We are still the same and it is not that something has changed. It is good that my captain has expectations from me and I hope I play consistently for my team.”

Asked about competition for the opening slot, Dhawan said, “I think it is a good thing for Indian cricket that there is so much competition for opening slot. Players put in more effort because you can be kicked out if you don’t play well and make mistakes. I take it positively and try to ensure that I give my best.”

Dhawan, who had scored fastest Test ton on debut against Australia in 2013, said it is good to have batsmen who can score runs quickly in modern day Test cricket. “In Test cricket now, you also need players who can score quickly, it has became very important because sometimes in second innings or first innings if you score quickly it helps the team. I have always been like that, so it doesn’t bother me,” he said. READ: Murali Vijay believes good rapport with Shikhar Dhawan helps them in performing better

“I just try to keep it simple. If I get a good delivery, I just defend it and If I get a loose ball then I hit it and make runs,” Dhawan said. Asked what is going to be his approach in Sri Lanka, he said,”It depends on wicket. If the wicket is turning, it will be difficult for the batsman to play the spinner. Then you have to be more careful. You can’t go and play your shots easily on a fast-bowling track also.”

“You have to respect the bowler and every batsmen have their way of tackling the spinners.”

India off-spinner Ravichandran Ashwin said it will be a good series where two new teams will express themselves. “Any team that plays at home backyard has an advantage, so they will know what is going to come and how conditions will pan out. We are prepared in terms of what their strength and weakness are. As professionals, we will do our best,” he said.

“In terms of senior or junior batsmen, I think Mahela (Jayawardene) is gone but Sanga (Kumar Sangakkara) is still going to play a couple of Tests and to be a part of that historic Test is fine. It is going to be back to two new teams getting together and expressing themselves. It is going to be a good series.” READ: Ravichandran Ashwin receives Arjuna Award

To a question, Ashwin said he always tries to get better by doing things differently. “You try to play as close to the basic as possible. I read a lot, I went through the various coaching materials and I went to the coaches and I started getting answers and I started innovating my game. I try and see if I can roll my wrist differently, roll up differently but I am trying to give it a shot and sometimes it turns out to be fantastic and sometimes rubbish,” the India off-spinner said.

Asked about Nathan Lyon, who was the standout bowler for Australia with 3-36 from 12 overs in the third Ashes Test, Ashwin said, “I like few aspect of Nathan Lyon. If you see, he wasn’t playing before the last Ashes when they went to England. When he came into England, he changed his action, he was getting side arm of the crease, he was producing some kind of momentum, that was a different change. READ: Virat Kohli’s aggressive leadership praised by Ravichandran Ashwin

“To see someone like him do a change in international cricket, it was pleasing for me. From spinners point of view, It is much more harder when you are traveling away from home because the basics don’t always stick on to the same way.”

Talking about his batting, Ashwin, who used to be an opening batsman at junior-level cricket, said, “I love my batting. I can contribute, I have contributed in the past and it is not like I average much, I bat at 8 and as far as positions are concerned, if I give importance to position then I might not be able to contribute. 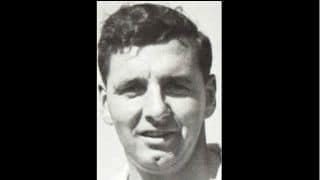