Azhar said the Indian squad looks much better than the Australians and should win the Test series.

India‘s stand-in-skipper Virat Kohli is facing baptism by fire in the first Test against Australia in Brisbane next month, but former Indian captain Mohammad Azharuddin feels the result of this one match should not be the basis for passing a judgement on his leadership skills.

“You should not be very judgemental about Kohli for this one Test. Because one should understand that he got the captaincy by default because Dhoni is injured. So I think that we should not judge him on just a single Test. We should leave him alone, let him enjoy and let his bat do the talking,” Azhar told PTI in an interview.

Confident of the Indian team’s chances in Australia, Azhar said the Indian squad looks much better than the Australians and should win the Test series. “I think we have a very good side and I will be very unhappy if they don’t win against Australia. I don’t think the Australian side is as good as it used to be, say 2 or 3 years back. Except for Warner and one or two players, they don’t have too many players who can make a difference. India, on the other hand, have a good bunch of players,” he said.

Azhar, who captained the Indian side in a Test series in Australia in the run up to the 1992 World Cup, opined that once again, playing a series before the showpiece event is a positive sign for the team. “You get used to the wickets of Australia, the conditions, so I think it’s a good sign. You should take it as a positive and never take it as a negative,” he said.

The team though did not do well in the fifth edition of the World Cup and many attributed the debacle to the scheduling of the Indian tour, Azhar, however, dismisses the assertion. “It’s a good thing that they will get used to the conditions. I think India will get a chance to best utilise the conditions before going into the World Cup,” he said.

Impressed with the Indian bowing attack even without Zaheer Khan, Azhar said the key to the bowlers doing well on Australian tracks would be “fitness”. “We have a very good attack. They can bowl quick, there are players who can bowl 135-140kph. So I don’t see any reason why we should not perform well,” Azhar said.

“Zaheer Khan has not been with the team for almost two years now, so I think they will not miss him. If they keep themselves fit, then they will be really a handful,” he added.

Asked if Mahendra Singh Dhoni’s performance as captain would be defined by this series, Azhar said it is about Team India and not about individuals. “I think it’s not the question of Dhoni here. It’s the question of the Indian team performing well abroad. We have not been doing well on overseas tours for the last so many years. So I think the performance of the Indian team is more important than any other individual,” said the stylish Hyderabadi.

Talking about the one-day format, Azhar said a player like Yusuf Pathan can be a game-changer in limited-overs game if handled well. “If he gets going, he is an asset to a team. But at the same time he needs a lot of guidance from the side. He is one player, who can really turn the game on his own. But he needs a lot of guidance from the team, from the coaches and the team management, if at all he is picked,” he said.

Talking about Duncan Fletcher’s role in the presence of Team Director Ravi Shastri and Team Manager Arshad Ayub, Azhar said former India players will certainly add to the coach’s role by bringing in their experience.

“The role of a coach will never diminish. But Ravi Shastri and Arshad Ayub have played a lot of cricket between themselves. So their experience will really be an add on and the players can always go and talk to them. The coach of course is always there. But a player who has played the game over a period of time can offer more than a coach. But having said that the coach’s role has its own importance,” he said.

Having scored plenty of runs in overseas conditions, Azhar’s final advice for Team India is adaptability. “They will have to adapt to the conditions as soon as possible. I think the main word for them would be adaptability,” he concluded. 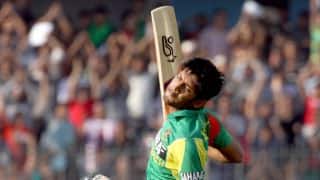 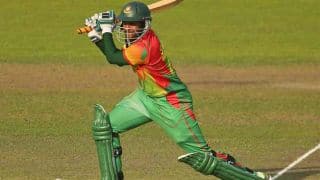