Virat Kohli’s sensational unbeaten 139 guided India to a 5-0 series clean sweep against Sri Lanka with a three-wicket win in the fifth One-Day International (ODI) between India and England at Ranchi on Sunday. Kohli and Angelo Mathews dominated proceedings, as both men scored tons — a maiden ODI century for Mathews, and the 21st for Kohli — to become the only two men to cross 1,000 ODI runs in 2014.

India started off on a terrible note, as openers Ajinkya Rahane and Rohit Sharma were cleaned up by Mathews to leave India reeling at 14 for two. Ambati Rayudu and Virat Kohli then came together for what proved to be a tremendous partnership of  136 runs. Rayudu scored his fifth ODI half-century while Kohli went on to make his 21st hundred in ODIs.

However, after Rayudu was run out for 59, Ajantha Mendis ran amok in the middle overs, knocking over Robin Uthappa for 19, Kedar Jadhav for 20, Stuart Binny for 12, and Ravichandran Ashwin in quick succession. In Akshar Patel, Kohli found a steady partner, and together they scored off the remaining runs in clinical fashion. Kohli remained unbeaten at the end, and even paid tribute to hometown hero MS Dhoni when he played a semi-helicopter shot for six in the penultimate over of the match off Mendis.

Sri Lanka got off to a poor start despite a severely depleted Indian new-ball attack. Dhawal Kulkarni and Stuart Binny opened the bowling, and between them got rid of both openers by the sixth over. Kulkarni induced a false shot from debutant Niroshan Dickwella and Ambati Rayudu dove forward to take a good catch. Binny then cleaned up a dangerous-looking Tillakaratne Dilshan for a 24-ball 35 with a slower in-cutter.

Dinesh Chandimal and Mahela Jayawardene then combined for a strange 28-run stand; it was strange because most of those runs came from the serene blade of Jayawardene, but Chandimal scratched around like a cat on a hot tin roof to crawl to five off 31 balls. Jayawrdene was soon dismissed as well, edging Ravichandran Ashwin to Ajinkya Rahane at slip.

At 85 for four, Sri Lanka were in serious trouble of meandering away to an early close, but then had the leading run-scorers in ODIs this year in the middle: Angelo Mathews. With Lahiru Thirimanne for company, Mathews took his time accumulating runs in the ones and twos, and hitting the occasional boundary. The duo put on a superb 128-run stand for the fifth wicket. Thirimanne was out soon after getting his half-century, but Mathews just kept going.

He tore into the spinners, first hitting part-time off-spinner Ambati Rayudu for two sixes and a boundary and then dishing out the same treatment to Karn Sharma. Mathews got his maiden ODI ton in the 47th over, taking 138 games to reach the landmark. He wasn’t done though; Akshar Patel was slammed for three more sixes in the ante-penultimate over of the innings. Thisara Perera was out towards the end, but Mathews just kept going; Ashwin was hoisted over midwicket and then down over long-off in the 49th over. In the end, Mathews’ superb ton was but a footnote in another script written by Kohli.

Earlier, Sri Lanka won the toss and elected to bat first. Dickwella made his debut at the expense of Kusal Perera, while Kedar Jadhav made his debut for India, coming in for Suresh Raina. Umesh Yadav too was replaced by Ravichandran Ashwin. India have already won the series 4-0.

Man of the Match: Angelo Mathews 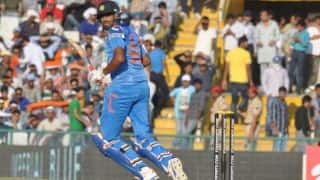 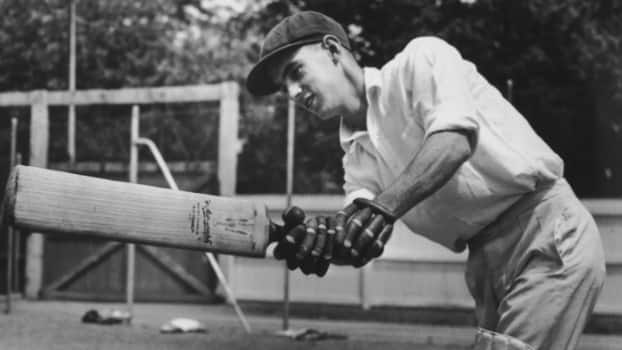