Former Indian pacer Venkatesh Prasad feels India’s captain for Asia Cup 2014, Virat Kohli’s batting form will not be affected by his captaincy, which was evident in the Indian Premier League (IPL) and his brief experience as a One-Day International (ODI) as a skipper.

With his latest challenge being the pinnacle of them all, the cricket-crazy nation waits with bated breath to see how Virat Kohli will rally his troops in Bangladesh.

Prasad feels if the few glimpses of  Kohli’s captaincy in the past are anything to go by, Kohli has displayed strong leadership qualities. Writing in his column in Times of India, Prasad said, “The captaincy shouldn’t affect his batting, as he has shown in both during the IPL and while leading India in eight previous ODIs but Virat has shown all the qualities to be a good leader”.

Prasad went on to say that while the absence of experienced players might hamper India in the series, Kohli will not be overawed if he were in that situation in the future, “Virat will not be intimidated in terms of having to lead a squad with seniors. The negative is that he will miss the wisdom of men who played cricket for more than a decade”.

Prasad concluded by saying that despite being a strong character and a world-class batsman, Kohli should listen to his seniors and take his chances as a captain. 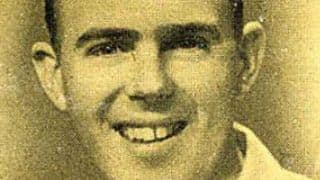