While he is learning the tricks of the trade from staying around Kohli in the national team, Shreyas is himself a captain in the Indian Premier League. 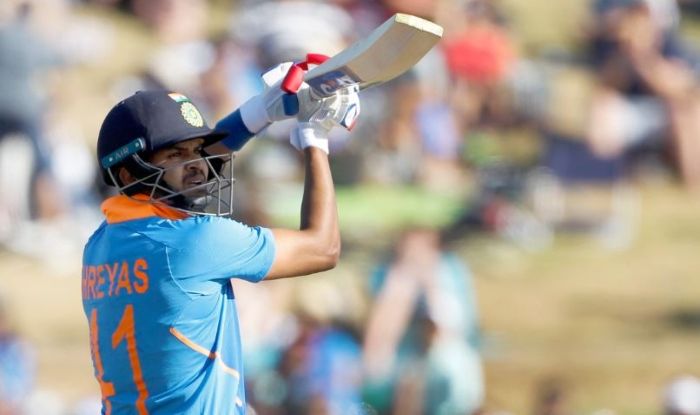 Lauding India skipper Virat Kohli fighting spirit, Shreyas Iyer said he is a great example for all cricketers and he also went on to reveal how the former motivates youngsters in the dressing room.

“Virat is a great example for all the youngsters in the team because he has that relentless and fighting nature. We pick up a lot from him and he keeps motivating us and he is the kind of energy that if he is around, you are also bound to pick up his routines and habits. It is excellent to not just have him around, but also how he leads us and keeps us pumped up. The way he leads the team is simply amazing,” the 25-year-old said.

While he is learning the tricks of the trade from staying around Kohli in the national team, Shreyas is himself a captain in the Indian Premier League. And in only his second season as skipper of Delhi Capitals 9technically first full season), the batsman managed to take the team into the play-offs after seven years.

Shreyas says that while it might have seemed different from the outside, as there was a change in leadership mid-season in 2018, he already had a good equation with the likes of the skipper Gautam Gambhir and also playing a match-winning knock in his first game as leader also helped his cause.

“I already had a good chemistry with Gautam bhai, the players and coaching staff and thankfully, I scored a 93 (off 40 balls against Kolkata Knight Riders as DC won the game by 55 runs) in my first game as captain and that changed a lot of thing as people started looking at me with a lot more belief that I would take the team to the next level.

“Personally, it was not very difficult for me also because I was preparing in my mind for a scenario wherein if I was put in such a situation, how I would react. It was a dream come true to lead a franchise like Delhi Capitals and I am really excited and hoping to win the championship,” he smiled.

While some are lucky to be handed over the reins of supremely successful teams, there are other like Shreyas who was made captain of a team that was clearly struggling. But the batsman says that he loves challenges and the idea of taking an underdog team to the title is what he dreams of.

“If I was ever given a choice or put in a situation, I would definitely look forward to leading an underdog team because if you can take an underdog team to the title, people look at you differently and you yourself also feel that sense of achievement,” he said.