Terming the batting performance of Sundar and Thakur a display of 'outstanding application' India captain Kohli took to Twitter to heap praise on the two youngsters.

Backing his team like a true leader and lauding the performance of his mates after another gritty show Down Under, Indian cricket team skipper Virat Kohli on Sunday was once again effusive while patting the back of Washington Sundar and Shardul Thakur. Kohli admired the discipline and application shown by Sundar and Thakur for their brilliant rear-guard batting effort, which kept India in contention in the series-deciding fourth Test at The Gabba in Brisbane. Both Sundar – on debut – and Thakur registered their maiden Test fifties to script an outstanding fightback by the visiting team on Day 3.

“Outstanding application and belief by Washington Sundar and Shardul Thakur. This is what test cricket is all about. Washy top composure on debut and tula parat maanla re Thakur,” Kohli Tweeted from his official account on Sunday. He wrote three words in Marathi towards the end of his Tweet to applaud fast bowler – Shardul Thakur.

Outstanding application and belief by @Sundarwashi5 and @imShard. This is what test cricket is all about. Washy top composure on debut and tula parat maanla re Thakur! 👏👌

However, Kohli’s message garnered mixed response on social networking platform – Twitter as several cricket fans questioned him for taking paternity leave midway in the series. Some fans also slammed Kohli for his selection in Adelaide Test. Shubman Gill and Rishabh Pant were not picked in India’s XI during the first Test which the visiting team lost by eight wickets.

Meanwhile, former Australia captain Ricky Ponting also hailed India’s batting performance at The Gabba, particularly by Sundar and Thakur. Washington (62) and Shardul (67) led a splendid lower-order fightback after India were reduced to 186 for 6 in reply to Australia’s 369. The duo stitched 123 runs for the seventh wicket and defied the Australians for 36 overs.

As per the squad taken initially they were not included in your sparky eleven or even in 15.What could be the possible reason behind all these selection mistakes.

With kohli allout on 36

Panauti Kohli for a reason

That 36 was coz Australia’s luck. Indian batsman nicked everything & wickets fell in heaps. But yeah Had Gill & Pant played that test we probably would not have bundled out cheaply

It was a selection blunder by Virat kohli

last match no tweet why Captian Saab?is it because Ash & Vihari innings were not at all crucial for saving the test or is it has do with something Sunil Gavaskar said about the things happening in dressing room that Ash speaks his mind & u don’t like it because he is not yes man

I’ve no right to comment on your personal matters. But you left the team in difficult times. Nation should always be put above family.

Please give up your captaincy! It will be good for the Team and the Nation! You are unnecessarily pressuring players! They play freely under Rahane and Sharma! Don’t let your ego make the nation loose more World Cups!

“The batsmanship has been a real standout and their application and concentration. They didn’t throw it away. The partnership was outstanding, exactly what India needed at the time which is what they’ve been able to produce in a few Test matches,” Ponting told cricket.com.au.

“Shardul at the end went for a shot that probably wasn’t quite on but before that there wasn’t many false shots at all played by either of them.”

Ponting, however, felt Australia lacked aggression and their fast bowlers should have attacked the Indian lower-order with more short-pitched deliveries.

“I don’t think they were aggressive enough, didn’t bowl enough short balls. They let the Indian batsmen be way too comfortable at the crease. They almost bowled the way those batsmen would have wanted them to bowl,” said the legendary batsman. 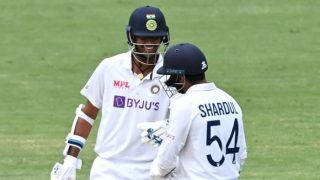 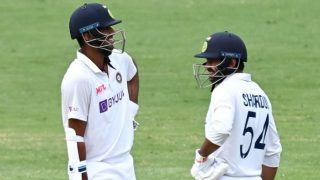