Former India opener Virender Sehwag believes that India should field both Ravichandran Ashwin and Ravindra Jadeja for the fourth Test.

Former India opener Virender Sehwag believes that India should field both Ravichandran Ashwin and Ravindra Jadeja for the fourth Test in Southampton as they look to draw level against England. India are currently trailing 1-2 in the five-Test series

No clear picture has emerged over the fitness of Ashwin who strained his groin during the third Test at Trent Bridge. He didn’t bowl during India’s practice session on Monday and also stayed away from fielding drills. Jadeja, on the other hand, bowled for quite some time.

Even though a call over the fitness of the offspinner is yet to be taken, Sehwag feels that provided Ashwin gets fit, India will be better off by playing two spinners as they also provide solid batting options. “Ravindra Jadeja could play along with Ashwin,” Sehwag was quoted as saying by the India TV on Tuesday. “India are lucky to have two spinners in their ranks who can bowl out oppositions. But it will be problematic if Ashwin is unfit as India will be handicapped if they play with only one spinner on a surface where two should play. I wish Ashwin gets fit and India field both of them. Another advantage is that both of them can bat so it will also boost the team batting.”

India captain Virat Kohli has been in sublime touch on England tour. In three Tests so far, he has already accumulated 440 runs and with two matches still remaining, he is looking at breaking a couple of records. Currently, Rahul Dravid (602) and Sunil Gavaskar (542) hold the record for the most runs scored by an Indian batsmen in a single Test series in England.

Should Kohli continue to belt runs in the remainder of the series, he will easily surpass both the batting legends. Sehwag hopes the 29-year-old will break the records and believes that if he gets batting-friendly conditions, then anything is possible including a double-century or a maiden triple-ton.

“He [Kohli] made 97 and 103 in the last Test [Trent Bridge] on a bowler-friendly pitch and therefore when he gets favourable batting conditions in the next two Tests, we can expect him to score not just a ton but a double-century. He has already hit 6 double hundreds in a year. So I expect him to score a double hundred and even possibly a triple as that is the only thing missing from his CV,” he said. 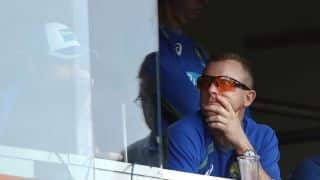 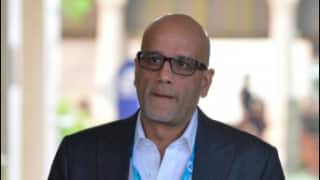