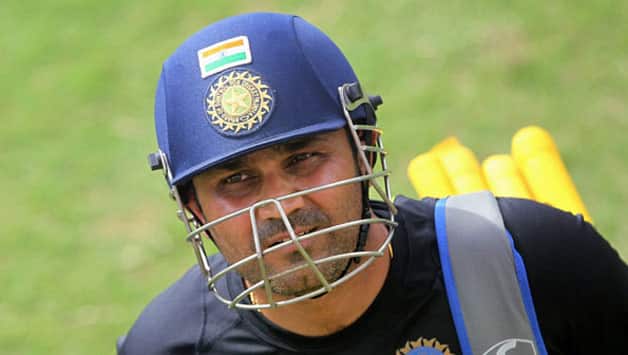 “Personally I think the Aussies would be happy. Sehwag is unpredictable perfect! Next Test could have been 300! ” tweeted Hayden, indicating that the 34-year-old opener could have hit a triple century in the next match.

Hayden added that he was sorry to hear about Sehwag being dropped as the Delhi batsman is one of his favourites.

“Very sorry to hear that Virender Sehwag has been dropped for next test. He is my top 4 entertaining batsman to watch of all time,” added Hayden.

The All-India Senior Selection Committee of the Board of Control for Cricket in India (BCCI) axed the 34-year-old for his below-par performance in the first two Tests in Chennai and Hyderabad. Sehwag scored only 27 runs from three innings at an average of 9 in the first two Tests of the Border-Gavaskar Trophy. His figures read 2, 19 and 6.

Sehwag was also dropped from the one-day squad in January in the series against England which India won 3-2.

The Delhi batsman has an impressive record in Tests having scored 8586 runs from 104 Tests at an average of 49.34. However, he has been going through a slump in form for some time now.

He last scored a century in the first of the four Tests against England last November, where he made a swashbuckling 117. This was his first three figure score in two years as his last century before this came in November 2010 against New Zealand.

India currently lead in the Border-Gavaskar Trophy 2-0. The third Test will be played at Mohali March 14-18 and the fourth at Delhi March 22-26.