Mohammad Kaif, who once used to be Sehwag's teammate in the Indian side, reached 10,000 runs mark in First-Class cricket.

It is impossible to keep Virender Sehwag out of action from Twitter currently. Ever since he retired from international cricket, Sehwag has been making headlines mostly for his hilarious tweets. He began with birthday wishes to other cricketers on daily basis but currently Sehwag is busy in commentating in the ongoing Test series between India and New Zealand. Being busy in commentating, Sehwag hasn’t been tweeting much but making commentary interesting with his funny puns and digs at his commentary partners. Sehwag might not be active but keeps retweeting his fans’ tweets on him.

Recently, Mohammad Kaif, who once used to be Sehwag’s teammate in the Indian side, reached 10,000 runs mark in First-Class cricket during his 27-run knock against Tripura in Chhattisgarh’s first match of Ranji Trophy 2016-17. On this occasion, Sehwag couldn’t stop himself from congratulating his old teammate and once again it was an epic one-liner by him as he called Kaif a ‘Mehnati Batsman’. Sehwag congratulated Kaif for this achievement and said that 9,000 out of 10,000 runs would have been made by him through running as Kaif is known as one of India’s best fielders and good runner between the wickets.

Kaif replied by saying that he cannot score runs in boundaries like Sehwag does and tweeted.

Not only Kaif but another cricketer from India reached a milestone and it is Parthiv Patel, who reached 9,000 runs landmark during his 20-run knock against Baroda in Gujarat’s first match of current Ranji Trophy season.

@MohammadKaif Congratulations India’ Fielding Messi ,Fedrer,Johnty. You are inspiration for many Cricketers in Chattisgarh.Keep the Good Sir

Currently, both are out from the contention of getting another chance to play for India but they are huge figures in Indian domestic circuit. 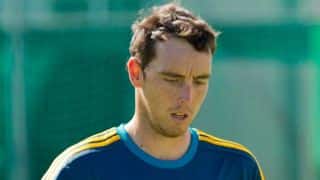