Though he hailed the efforts of the lower-order batsmen for pulling off a thrilling win over the West Indies in the first one-dayer, India's stand-in skipper Virender Sehwag felt that there was no excuse for the batsmen's poor show. Though he hailed the efforts of the lower-order batsmen for pulling off a thrilling win over the West Indies in the first one-dayer, India’s stand-in skipper Virender Sehwag felt that there was no excuse for the batsmen’s poor show.

Chasing an easy 212, India stumbled to 59 for five before riding on Rohit Sharma’s 72 and spirited showings by Varun Aaron and Umesh Yadav to scrape past the target with seven balls to spare.

“In India you hardly see the team tottering at 59/5. Our batsmen made mistakes. Hope we will come up with strong batting performance in next games,” Sehwag said after their dramatic win.

“We have to learn from our mistakes. There were two good balls. The ball came in and we (myself and Virat Kohli) played early and made mistakes,” he added.

“There were three soft dismissals of Parthiv Patel, Gautam Gambhir and Suresh Raina. We have to bat really well in coming games. There is no excuse for anybody to not scoring runs.”

Sehwag hoped that they would put up a better show in the coming matches.

“We have to back our batting. We have some exciting youngsters playing for last three four years. But I am happy with bowling and fielding.”

Sehwag was all praise for Rohit who did the turnaround in his comeback match.

“Rohit is one of the talented batsmen. He is improving match by match. He is proving himself. He is one of the best. A win is a win. It does not matter by one wicket or 10, it was important that we started well. We are 1-0 up. Full credit to Rohit Sharma, Jadeja and Vinay Kumar. They built on partnerships. One by one thy did it for us.”

Defending his decision to bowl, he said: “My decision was absolutely right. You were chasing 212 after all. When you lose five quick wickets, it’s difficult to come back. I praise Rohit Sharma and Jadeja as their partnership took us there. After that Vinay and Rohit had a good partnerships. It’s not easy when you lose five six wickets. The way Rohit, Jadeja and Vinay batted it was great to see that.”

Sehwag said India showed tremendous quality despite being down so many times in the match.

“We just stay cool and calm. That’s the quality of Indian dressing room. We believe that we can win from any situation.”

About the huge crowd response, he said: “It feels great when people come to watch a game. People come and support us. It was a good game at the end of the day. Nobody expected Windies would make only 211 and then we will be five down so early and win the game in this exciting way.

“We hope people will come and support us in the next matches. It was much important to start off on a winning note. We want to become No. 1 and for that we have to win the series. Our process is going on we have to concentrate on it.”

Sehwag also said Abhimanyu Mithun, who replaced Praveen Kumar in the series, will be joining the squad tomorrow.

About the pitch, he said, “It was a good track. We were expecting them to score 270-280 but our bowlers did well.”

Sehwag again said matches should be held in smaller towns. “I love to play in smaller towns. People give so much respect and love. They bring all kinds of food and stuff to you to make sure you are happy.” (PTI) 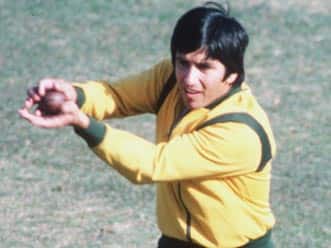 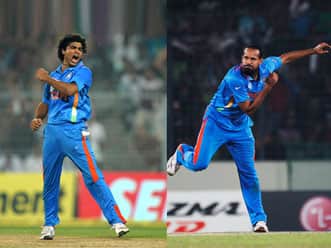