Relieved at scoring his first Test century in almost two years, Virender Sehwag said that watching replays of some of his big knocks of the past helped him in reaching the three-figure mark in the first Test against England. 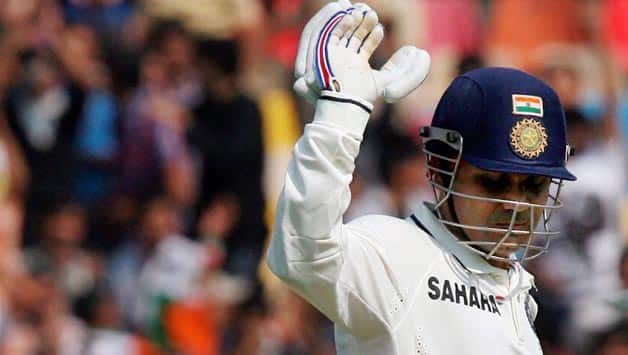 Relieved at scoring his first Test century in almost two years, Virender Sehwag said that watching replays of some of his big knocks of the past helped him in reaching the three-figure mark in the first Test against England.

“I have to thank my video analyst Dhananjay. We watched the videos of my past innings where I got hundreds till 11 pm last night. I saw that when I played the first ten overs cautiously I had reached 100. I did the same today,” Sehwag, who slammed a run-a-ball 117 with 16 fours and a six, said after the first day’s play.

Sehwag put on a 134-run opening stand with Gautam Gambhir (45) before adding another 90 runs for the second wicket with Cheteshwar Pujara, who remained unbeaten on 98 at close, as India reached 323 for four at stumps on day one.

“I am happy to get a hundred after one-and-a-half to two years. I did not have any doubt (about my ability to score a ton). You people had,” said Sehwag, taking a dig at the media.

Comparing his previous 173-run knock against New Zealand at this venue in 2010, Sehwag said the wicket on the previous occasion was very good for batting.

Sehwag credited both Gambhir and Pujara for complementing his efforts but insisted that the Sardar Patel stadium track at Motera was too slow and the Indian bowlers will have a hard task in hand to take 20 English wickets to enforce a win.

“Gambhir played well and we gave the team a very good start. Pujara also batted very well. He has patience and hit the loose balls. He knows his batting best. He should complete his century tomorrow.

“But the wicket is very slow and shot making is not easy. Our bowlers will have to really bowl very well to take 20 England wickets,” said Sehwag.

Asked if the match could be considered as good as over for England, Sehwag said, “England are not Bangladesh. They are a good side. Their batsmen would not throw away their wickets. We would like to bat till tea (tomorrow).

“The wicket will turn tomorrow. There is some help for the spinners. But the bowler needs to be patient,” he insisted.