Virender Sehwag: I will bat the way I like to bat

Virender Sehwag: I will bat the way I like to bat

KXIP coach, Bailey said that they initially thought of appointing Sehwag as captain.

India’s batting all-rounder, Yuvraj Singh looked out of sports in ICC World T20 2014 final against Sri Lanka. He scored only 11 off 21 balls.  With his failure, his place in India’s Twenty20 Internationals (T20Is) setup is likely up for the grabs. Virender Sehwag, the discarded Indian opener is one of them who will be looking to make his mark in Indian Premier League (IPL) 2014 and make a comeback into the Indian setup.

Sehwag on his part said, “I’m looking forward to this IPL. I will bat the way I like to bat — go there and smash it, and leave the bowlers scared,” as reported by Indian Express.

Kings XI Punjab (KXIP) coach, Sanjay Bangar on his part opined, “Initially we thought about making him [Sehwag] the captain but eventually decided against it to allow him to play with complete freedom. This is a new franchise for him and he struggled for form in domestic cricket. So, we appointed George Bailey as our captain.”

There are other players like Manoj Tiwari, Cheteshwar Pujara and Ambati Rayudu, who too will be looking to make their way into the Indian setup.

Pujara said, “I didn’t get enough opportunity at Kolkata Knight Riders [KKR] and Royal Challengers Bangalore [RCB]. Hopefully, I will get more opportunities for KXIP.”

Pujara backs his simple method to come good in the shorter formats of the game. He concluded by saying, “Not really. If the ball is there to be hit, I will hit. With experience and practice you get better in this format. I’ve also played a few ODIs [One-Day Internationals] and the experience will help,” opined Pujara. 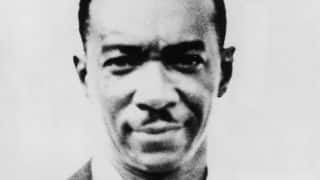 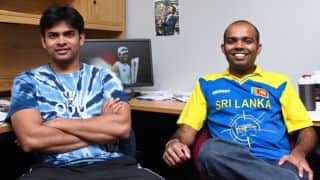