Virender Sehwag: IPL has given unknown players to Indian cricket

Virender Sehwag: IPL has given unknown players to Indian cricket

“I think what the IPL did to the Indian cricket is that it gave unknown players to the Indian cricket team. If they play for their first class team, they will take at least five to six years to come and play for India. But through the IPL, those players, who have talent and who did well – they just did well in one season and next year they were part of team India, that is what IPL did,” Sehwag told PTI.

“Ravindra Jadeja is one of them and so is Yusuf Pathan. Recently Deepak Hooda, fast bowlers (Mohammed) Siraj and (Basil) Thampi – they got picked (in the Indian squad) because of IPL performance,” said the 39-year-old cricketer, Sehwag, who is associated with broadcasters Star Sports for `Election Se Selection’ campaign.

“The IPL is giving unknown players to the Indian cricket team, Indian cricket fans and the same thing happened with other countries. If you look at David Warner, he played IPL first and then he played for Australia, similarly Maxwell. It is a great platform for players to showcase their talent,” Sehwag explained.

Sehwag said the IPL benefited him financially while pointing out that whenever a player gets dropped from the Indian team, it affects his price in the T20 League. For this, he gave the examples of seasoned campaigners Yuvraj Singh, Harbhajan Singh and Gautam Gambhir.

“(The IPL) benefited me financially, because when I played for India, it was Rs 2 lakh per game, Test matches Rs five lakh a game and then suddenly in the IPL you get Rs 10- crore or Rs 12-crore contract and then you are financially secure and you can work more on fitness and perform for the IPL and India. The moment you get dropped from India (the national squad), prices drop which we have seen in a lot of players. Yuvraj Singh, Gautam Gambhir, Harbhajan Singh (since) they are not playing for India, they did not get (Rs) 10 or 12 crore,” Sehwag added.

Almost all cricket-playing nations find representation in the IPL which is not the case with other T20 leagues, the 104-Test veteran said.

On the channel’s campaign he said, “Through the Election Se Selection campaign, for the first time Star Sports has given an opportunity to fans (to pick) the players who can play for their favourite team. “It’s like Yuvraj Singh can play for Punjab, if so many people vote for Yuvraj Singh to play in Kings XI Punjab. It is the first time they are getting opportunity and the number will be shown on TV during the (players’) auction.”

IPL players’ auction is scheduled in Bengaluru this month-end. 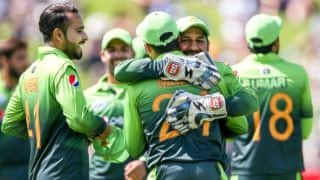