Virender Sehwag has been on a roll with his hilarious Tweets. After wishing Australian great Dennis Lillee in Gunda-style (Bollywood movie), Sehwag next wished late WG Grace, the late English cricketer who is known as “Father of Cricket.” Comparing Grace’s greatness to Sachin Tendulkar, Sehwag Tweeted, “WG Grace, born this day 1848 is called Father Cricket (sic). Sirji, this changed November 15, 1989 when @sachin_rt made his debut. #BaapBaapHotaHai.” Grace was the first-ever major figure in cricket, way before the “Don Bradman-era.” Meanwhile, Tendulkar, who is considered among the greatest cricketers produced by India and world cricket is fondly known as ‘God of Cricket’ for his numerous achievements in his 24-year-old career. READ: Virender Sehwag turns Kanti Shah, wishes Dennis Lillee Gunda-style

Lillee played for Australia from 1971 to 1984 and was considered the “heart of the Australian attack” during his playing days. He was a combination of pace, ability and sheer hard work and his famous moustache enhanced his look as one of the most feared bowlers of that generation. Sehwag choose a unique way to wish the Australian great. He Tweeted, “Hpy Bday Sir Dennis Lillee. If Lilleeji were in film Gunda ‘Naam hai mera Lillee,kar deta hoon batsman ki pant Gilee’.” (sic) 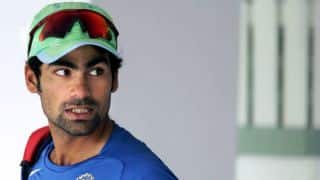