Sehwag could not hold himself from reacting to a picture featuring Rohit Sharma and Rishabh Pant. 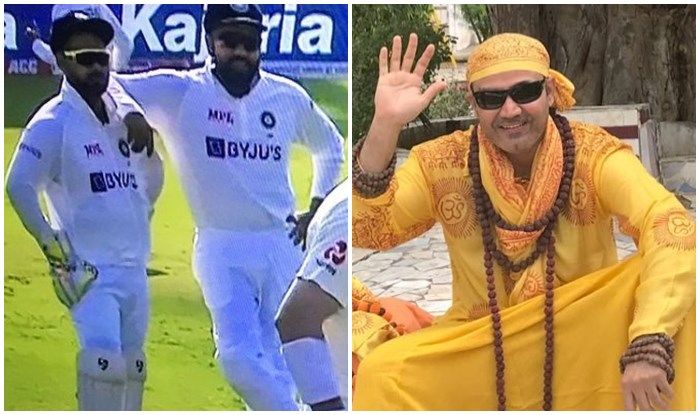 Former India cricketer Virender Sehwag, known for his flamboyancy with the bat has built quite a reputation on social media with his cheeky one-liners and hilarious reactions. Sehwag could not hold himself from reacting to a picture featuring Rohit Sharma and Rishabh Pant staring at Jack Leach coming out to bat from day two at Chennai. Leach came into bat late in the day at the departure of Jofra Archer for a duck.

Leach went on to remain unbeaten on 14* off 57 balls as England were bowled out for 578 in their first essay. English skipper Joe Root led from the front as he hit a brilliant 218 and stitched a crucial 200-run stand with Dom Sibley and a 124-run partnership with Ben Stokes.

For India, Jasprit Bumrah and Ravichandran Ashwin were the pick of the bowlers as they both scalped three wickets each in 36 and 55.1 overs respectively. Ishant Sharma and Shahbaz Nadeem picked two-two wickets while Washington Sundar remained wicketless.

At the time of filing the copy, India was in trouble at 143 for four. The hosts lost their two openers early to Jofra Archer, while Dom Bess picked up the crucial wickets of India captain Virat Kohli and his deputy Ajinkya Rahane in consecutive overs after lunch on day three.

India will now look to rebuild and their first target would be to avoid the follow-on for which they still need 326 runs. Pujara is on 50*, while Pant is 52*. Pant counter-attacked and brought up his fifty in 40 balls. 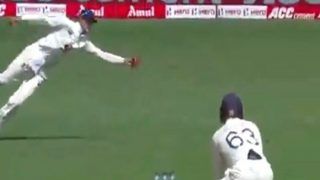