Hailing Shaw, Sehwag reckoned his experience of facing Shivam Mavi during his U-19 days helped. Virender Sehwag – who was famous for smashing the first ball of his innings for a boundary – could never hit six in a row in the first over – something that Prithvi Shaw did. Sehwag seemed to be in awe after Shaw became the first batsman in IPL history to smash six fours off the first over of the innings. Sehwag admitted that it is not easy to find the gap on all six occasions in the over.

“Smashing six boundaries off all six balls means playing every ball through the perfect gap, which is not easy. I have opened in my career and have thought of hitting all six balls so many times. But I got a maximum of 18 or 20 odd runs. I could not hit six boundaries or six sixes. For that, you need to be perfect with your timing so you can find those gaps,” Sehwag said on Cricbuzz.

Sehwag also said Prithvi (82 off 41 balls) was excellent with the bat and it did not look like he has come to play a cricket match. Hailing Shaw, Sehwag reckoned his experience of facing Shivam Mavi during his U-19 days helped. The former cricketer also revealed that he has tried doing that many times against Ashish Nehra but could not.

“Prithvi Shaw was excellent with the bat. He didn’t look like he has come to play a cricket match. Or maybe he had the confidence of playing Shivam Mavi in the U-19 team that he knew where the bowler would bowl exactly. I have batted against Ashish Nehra so many times in the nets, domestic gams but would never be able to hit him for six boundaries in an over. Hats off to Prithvi Shaw for his wonderful innings,” Sehwag added.

Shaw was named the man of the match for his blistering knock which helped Delhi beat Kolkata by seven wickets. 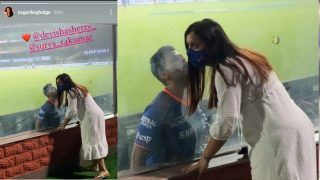 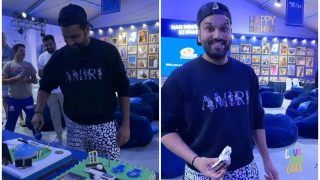