With the T20 format already a hit in the cricketing world, the process of adding more fire to the game has been non-stop. In a recent development, a cricketing league in the UAE will feature few T10 games, with 10 overs per side, of course, ideally known as Gully Cricket. The game would be played for 90 minutes, involving star players, celebrities, shows, rivalries from South Asia, over-end performances, drama and nail-biting finishes along with many more stuff. Meanwhile, big players such as Virender Sehwag, Shahid Afridi, Chris Gayle and Kumar Sangakkara have already confirmed their participation in the league, while Afridi would be leading the Team Pakhtoons.

As for the player selections for the franchises, there would be a draft system held. Apart from the above said features, the T10 league will also feature, pre-event parties, red carpet events, concerts, and star studded soirees and many more. An innings break would be followed by acrobatic performances, bands, parades, live music, celebrity crowd interaction and many more. As for the confirmed teams, Punjabis, Pakhtoons, Maratha, Banglas, Lankans, Sindhis, Keralites and others would be playing in the league. The league gets underway from December 21 to 24, at the Sharjah Cricket Stadium, as reported by Sportswallah.

Member of the Emirates Cricket Board, Mulk Holding says, We are very excited about the concept of T10 as it brings cricket to the level of world sports of 90 minutes and fast pace action. We all enjoy T20. Wait till you experience T10! We have based this league on a South Asian concept as we have a dominant south Asian, cricket crazy population in the UAE and GCC.

Co-owner of Maratha Arabians, Mr. Pervez Khan says, I am excited at the idea of Maratha Arabians playing other south Asian teams like Banglas and Pakhtoons. This will showcase our rivalry and I am sure crowds in UAE will pack the stadium to see their favourite regions win.”

We are extremely keen to bridge the gap of our political rivalries and T10 Cricket will be the bridge that will bring our neighbors together. I am excited to have Shahid Afridi, one of the greatest Cricketer ever seen, to lead my team and you will see Pakhtoons in full force,” said Pakhtoons owner Habib Khan.

This format is exciting, intriguing and a testament to cricket’s ever changing sphere. We look forward to supporting it! said former PCB chairman Nasim Ashraf. It’s about time cricket entered the league of 90-minute status, this is going to be the next big thing for Cricket, said Zaheer Abbas.

Co-founder of Cineyug, Mohammed Morani concluded by saying A brainchild of me and my partner, the illustrious cricketer, and businessman, Shaji Ul Mulk, this is going to be a league to remember with all the trimmings of the edge-of-your-seat live entertainment, performances, cricketing action and cricket dhamaka! You don t want to miss this! December 21st till 24th. 12 matches in 3 days! GET READY FOR CRICKET’S NEW EVOLUTION: T-10 LEAGUE.” 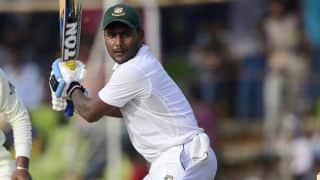