Sehwag feels the Indian management may not persist with Rahul at number five in ODIs if he fails a few times, unlike Dhoni's era when everyone got adequate chances. 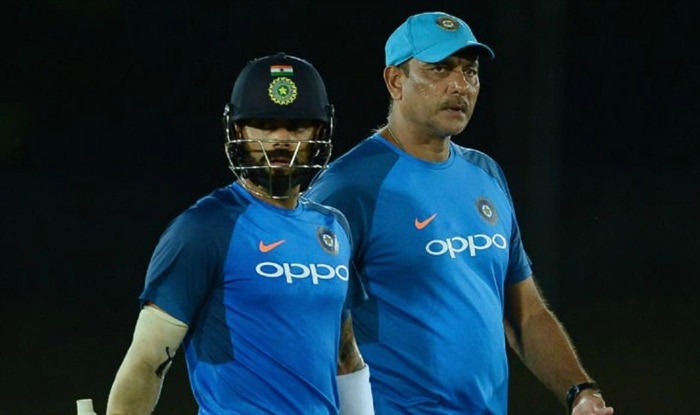 Former India opener Virender Sehwag has indirectly taken a sly dig at Virat Kohli and Ravi Shastri as he believes that the current Indian team management may not persist with KL Rahul despite his match-winning heroics against Australia in Rajkot. In the second ODI versus Australia, Rahul played a match-changing knock of 80 off just 52 balls that included six boundaries and three huge maximums to lift India to a mammoth total of 340/6.

But Sehwag believes despite his dazzling show Rahul might not able to save his position in the middle order if he fails in the next few outings. “If KL Rahul fails four times batting at No 5, the current Indian team management will look to change his slot. However, same wasn’t the case with Dhoni, who knew how important it is to back players at such positions, having himself gone through the hard grind,” Sehwag told Cricbuzz.

Known for his swashbuckling style of play and fearless approach – Sehwag said that there was greater clarity about team selection when MS Dhoni was the captain.

“With MS Dhoni as captain, there was greater clarity with regards to each player’s position in the batting unit. He had an eye for talent and had identified individuals who would take Indian cricket forward,” Sehwag added.

Sehwag believes that the top-order batsmen, with 50 overs at their disposal, have more chances of being successful and it’s the middle-order that requires backing from the team management.

“With the top-order finding it easier for a while in limited-overs cricket, it is those in the middle-order who need backing from a captain.”

“If you don’t give players time, how else will they learn and become big players. I myself batted in the middle-order before opening and made a lot of mistakes, which even resulted in the team’s losses. But you don’t become a big player sitting outside on the bench. Players need time,” Sehwag further added.

He had also hailed Rohit Sharma who played a match-winning knock of 119 in the third and final ODI against Australia in Bengaluru. Sehwag compared ‘Hitman’s’ mindset to his own as far as cricketing knowledge is concerned. “Whenever a player of the calibre of Rohit has 3-4 poor innings with the bat, he himself thinks that ‘I need to make my next inning count’ and that is exactly what Rohit did. Even I used to think in the same way whenever I had a poor run of 4-5 innings,” Sehwag said. 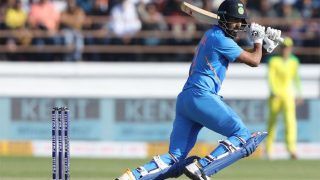