Stand Up comedian Vikram Sathaye promoting is humor-genre show ‘What the duck’ had an interesting conversation with Multan Ka Sultan, Virender Sehwag on India vs Pakistan clashes

India former batsman Virender Sehwag is not just a player on the ground but off the field too. He is as straightforward and upfront while commenting on Pakistan players as he used to be at the crease clearing his intentions to attack. The man who narrated a real instance on pitch exchanging words with Shoaib Akhtar and ending the argument with his infamous dialogue “Baap baap hota hai, aur beta beta hota hai” strikes again but this time around, off the field.  Stand Up comedian Vikram Sathaye promoting is humor-genre show ‘What the duck’ had an interesting conversation with Multan Ka Sultan, Virender Sehwag on India vs Pakistan clashes. READ: ICC World T20 2016: Virender Sehwag looking forward to watch Yuvraj Singh in the tournament

Being asked about the pressure he has to bear with during India-Pakistan clashes where fans were hell-bent on not to lose against our neighbours, he said “My kids would tease me a lot if we lost to Pakistan. They would be worried about their friends teasing them the next day in school. So, imagine the pressure on me from my kids when I used to bat.” Sathaye then shared something he has been noting recently “Shoaib Akhtar has been praising Indian players a lot these days,” to which Sehwag replied, “that’s because India main business chahiye (they want business in India). They know India is a huge market for cricket. If they talk good about Indian cricket, they will get business. Sab paise ka chamatkar hai yeh (it is the power of money).” he added. READ: Shoaib Akhtar reminisces Sachin Tendulkar rivalry watching Virat Kohli-Mohammad Aamer

Sehwag doesn’t just stop there, he also said. “He may be taking a cue from Shoaib, hoping that Star Sports or someone will pick him. You see all these ex-Pakistani cricketers want some business from India,” after which audience was left in fits of laughter. Sathaye then shifted onto former Indian frontline bowler Zaheer Khan and asked about the old days when everyone used to call him ‘gyaan baba’ (philosopher) of the Indian squad. “There is no apparent reason for that. Maybe because I used to go up to the bowlers too often with my inputs,” Zaheer replied. 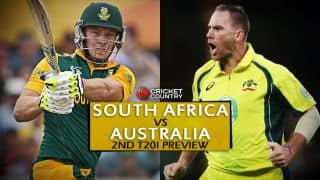