Virender Sehwag feels that Cheteshwar Pujara should indeed focus on improving his T20 skills if he wants to be picked by any side in the IPL.

Although Cheteshwar Pujara is an incredibly talented and one of the most famous Indian cricketers in the current Indian Test squad, he has not been able to replicate his dominance in Twenty20 (T20) cricket. Meanwhile, Kings XI Punjab (KXIP) Director of Cricketing Operations Virender Sehwag feels that Pujara should indeed focus on improving his T20 skills if he wants to be picked by any side in the Indian Premier League (IPL). He is usually termed as a ‘Test match specialist’. However, he hasn’t been able to feature in the IPL for the past three seasons, as he went unsold in the past three IPL Auctions. Gujarat Lions vs Kolkata Knight Riders IPL 2017: Cheteshwar Pujara in attendance for Match 3

“Hashim Amla knows how to adapt to different formats, he knows how to play in what situation. As far as Cheteshwar Pujara is concerned, he played for us but may be the hopes we had from him he did not come up to that expectations. But this happens when you play only one format, it becomes difficult to play in other format. Pujara’s reputation is that of a wonderful Test batsman and not T20. Hope in coming years, he will improve his skills for the shorter format and hope he gets picked by some team next year,” said Sehwag, as reported by PTI.

Hailing praise on Punjab’s South African cricket Hashim Amla, Sehwag said, “Amla is among top five to six batsmen in world cricket. He is an asset. He is talking to youngsters like Manan Vohra and results are coming. He is a nice person and a great player.” Speaking about the youngsters in his side, he said, “I tell them only one thing, Manan Vohra can bat like Manan Vohra and not like Virender Sehwag or Maxwell. Youngsters should know about their strengths as also their weaknesses. When you know that it becomes easy for you to bat or bowl.” Virender Sehwag and Zaheer Khan indulge in friendly banter on Twitter over the latter s engagement

“I also wanted to become Sachin Tendulkar, but I quickly realised that I cannot become like him and cannot give performance the way he did or play shots as him. I had to create my own image and I played what was natural for me. This is the advice I give the youngsters. I tell them that you can learn from other players, but you cannot copy them. Be what you are, this is what I tell them,” added Sehwag.

He also spoke on how he grooms the Indian players. “I tell them people will give them advice, but their job is to take the best advice and adapt the same in their batting or bowling. In our country, everyone gives advice but player should take what suits him as an individual. I speak to players and tell them to be mentally tough because one can improve skills, but to be mentally strong it takes years for that. And when one becomes mentally tough, it helps your self confidence and self belief,” he said.

Speaking on Punjab’s performance in the IPL 2017 so far, and their chances to make it to the play-offs, Sehwag said, “Out of remaining seven matches we will have to win 4-5, only then can we qualify for the playoffs. What is more important than win is the process to achieve that, which is playing good cricket in all departments. In last match, we showed that. What sometimes happens in a long tournament is that you seldom tend to give a consistent performance, but when your bowlers perform and batting unit clicks, then win becomes easy.”

Sehwag also spoke regarding the impact of foreign players in their side. “I feel among the batting lot we depend on our foreign players. Even if two out of the four foreign players perform, we tend to be in good position,” he said. Finally, he also spoke on Punjab’s title drought and if they stand a chance to win it this time. “When we meet, we talk that we have to win the championship. The goal can be achieved in only one way, which is performance. My responsibility is to create an environment in which a player gives his best performance. I can create such environment in the dressing room and in the team, but I cannot go out and perform for them,” he concluded. 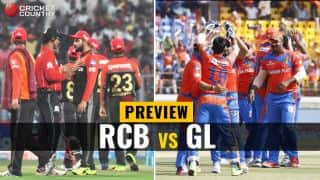 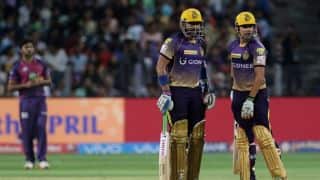