As Virender Sehwag turns 39 on October 20, Tendulkar took the opportunity to go the Sehwag way on Twitter.

The duo then also went on to build 182 runs for opening wicket against New Zealand in 2003. They had equalled the record with Rick McCosker and Alan Turner who had achieved the feat against Sri Lanka in The Oval in 1975. In fact, Sourav Ganguly had to sacrifice his opening slot to accommodate the unstoppable Sehwag, who was termed as a Tendulkar-clone when he first broke into the international scene.

That s how close the bond is between Tendulkar and Sehwag. The two have shared banters on Twitter.

When the two had met in Delhi earlier this year, Sehwag posted a photo with Tendulkar with the message reading, God ji ke darshan in Delhi. For which Tendulkar sportingly replied, Arre Virender Sehwag, thodi der ruk jata to yeh photo use karleta 🙂 (had you waited for sometime could have used this photo) always a joy to meet you!

As Sehwag turns 39 on October 20, Tendulkar took the opportunity to go the Virender Sehwag way on Twitter.

Sehwag has always been witty while wishing his teammates on Twitter. This time it was Tendulkar s turn. He took the ulta route to wish the wackiest man on #ViruDiwas

His message was upside and down and we managed to crack the code. It read, Happy birthday, viru! have a great start to the new year. You ve always done ulta of what i have told you on field. so here s one from me?

Interestingly, the birthday boy had the most hilarious reply to his God ji. Thank you God ji. Uparwala sab dekh raha hai, yeh to suna tha, par aaj samajh aaya, woh neeche waalon ke liye likhta kaise hai! Other birthday wishes… After the God himself has wished Sehwag, there were his Indian teammates too who wished the legend. From VVS Laxman to Suresh Raina to Ishant and likes took to their Twitter accounts to wish Sehwag on #ViruDiwas

Wish you a very happy Birthday , Viru. May you continue to entertain and bring a smile on everyone’s face @virendersehwag pic.twitter.com/CVBsEe1VBg

Happy b’day to some1 whose name is synonymous with d word destruction. Always a nightmare for d bowlers Wish u d best @virendersehwag paaji pic.twitter.com/bmRSVcqdRY

Happy bday @virendersehwag Thanks for teaching us the meaning of the word Fearless!Wish I could have seen one 300 from the non strikers end!

Many many happy returns of the day paji@virendersehwag

Happy birthday legend, @virendersehwag may the lord bless you to see many more.

Happy Birthday the king of entertainment ,on and off field @virendersehwag pic.twitter.com/vvSExN7FMS

Many Happy Returns of the day @virendersehwag pa. God bless you and wishing you best of health! pic.twitter.com/02fUnODHEO

Many Happy returns of the day @virendersehwag . Have a great year ahead! pic.twitter.com/XStvJLNJgX

To d most courageous batsman I know! Happy birthday viru bhai!! @virendersehwag I hope you have an awesome day and an even better year!pic.twitter.com/HfPOATIC2s

Happy Birthday @virendersehwag ! Wish you ‘tons’ of happiness in everything you do!

Happy birthday wishes to the witty and ever smiling @virendersehwag Have a good one.

Sportsmen and celebrities from other sports too wished the enigma called ‘Virender Sehwag’. 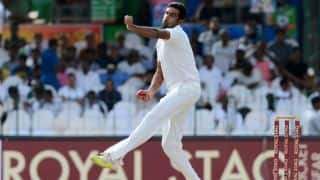 Ravichandran Ashwin: I am an Anil Kumble fan and if I get to 618 wickets that will be my last Test 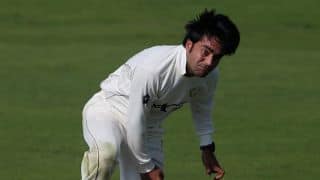