A Pakistani asylum-seeker and leg-spin bowler who helped Australia as they prepared for the first Test against South Africa was Thursday rewarded with a permanent visa to stay in the country. 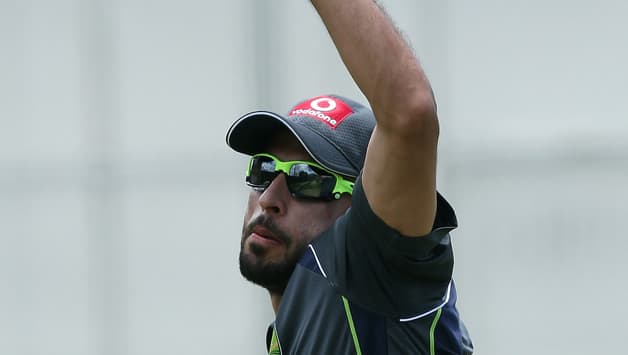 A Pakistani asylum-seeker and leg-spin bowler who helped Australia as they prepared for the first Test against South Africa was Thursday rewarded with a permanent visa to stay in the country.

Fawad Ahmed, who left his home in the border region near Afghanistan to come to Australia on a short-stay visa to play cricket in 2010, was granted his wish to stay after the personal intervention of Immigration Minister Chris Bowen.

“Chris Bowen has personally considered Mr Ahmed’s case and decided to grant a permanent visa for him to be able to stay, work and play cricket in Australia,” an immigration spokesman said.

Ahmed, 30, has previously said he was targeted by Muslim extremists in Pakistan because of his involvement in cricket, even receiving death threats because of the perception that the sport promotes Western values.

At the urging of opener Ed Cowan, Australia decided to use him in the nets for batting practice during the South Africa series because of the similarities in his bowling to the Proteas’ leg-spinner Imran Tahir.

Ahmed is familiar with naturalised South African Tahir, having played against him when they were both in Pakistan’s domestic cricket.

“We have all been touched by his story and immensely proud of how far he has come,” said Cowan, who has been a mentor and friend of the player.

Ahmed, who dreams of one day playing at state level or in the T20 Big Bash League, said he was overjoyed.

“I’m grateful to the government and everyone who helped me with my application. It is overwhelming, I’m really happy,” he said.

Cricket Australia chief James Sutherland said the minister’s decision was a fantastic result for cricket.
“The Australian cricket community has really come together in support of Fawad, and we are just so thrilled with the news,” he said.

“This is proof that through cricket, we can help achieve life-changing outcomes for people.