In what appears to be a landmark deal in Indian cricket, the Chinese mobile firm Vivo has retained the title sponsorship rights of the Indian Premier League (IPL) for a period of five years with a bid of INR 2199 crore, approximately INR 440 crore per season. Oppo was the next highest bidder at INR 1430 crore. The official announcement in this regard was made on Tuesday, when IPL s official Twitter handle posted a tweet reading: VIVO retains title sponsorship for IPL 2018-22. They bid Rs.2,199 crores, 554 per cent increase over the previous contract.

Speaking on the development, Chairman of the IPL, Rajeev Shukla said, We are delighted to have Vivo joining us once again as the title sponsor for IPL for next five years. The association with Vivo has been great for the past two seasons and I am sure they will continue to make it bigger and better.

The Board of Control for Cricket in India (BCCI) had last month invited applications through its invitation to tender process from parties to bid for the title sponsorship rights, starting August 1, 2017 and ending on July 31, 2022.

Vivo had bagged the title sponsorship rights of the T20 League for a two-year period (2016 and 2017), reportedly at a cost of INR 100 crore per year, an upward rise of INR 20 crore annually from what beverage giant PepsiCo had paid through an earlier agreement in 2013. Vivo had taken over from PepsiCo in 2014-15. The beverage maker had paid INR 396 crore for five years in 2013 and this new deal is five-and-a-half times more than what PepsiCo had paid. For the renewed contract, Vivo beat another Chinese mobile manufacturer Oppo, which had reportedly bid INR 1430 crore.

Acting President of the BCCI, CK Khanna said, Vivo as a brand has carved its niche and legacy in the market. We are extremely glad to have Vivo as the title sponsor and look forward to an enriching affiliation for both stakeholders. While acting Secretary of the BCCI Amitabh Choudhary said, We received an overwhelming response for the title sponsorship rights and we are glad to have Vivo back on board. It is a renewal of a fruitful relationship with the brand that will extend for the next five years. 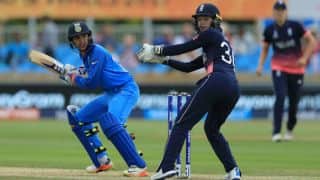