Former Test batsman VVS Laxman gave his personal assessment on how India fared on the 5th day of the World Test Championships Final.

India were pretty much on the driving seat on Day 5 when the Kiwis were reduced to 135/5 at Lunch but couldn’t stop Kane Williamson and Co. from taking a lead and that’s what the Men in Blue has been suffering from repeatedly, according to VVS Laxman.

Former Test batsman VVS Laxman was in the pre-match show, Cricket Live on Star Sports and gave his personal assessment on how India fared on the 5th day of the World Test Championships Final.

“India were in a great position but the perennial problem of not being able to bowl out the tailenders came back to haunt them. The 80 runs that the last four New Zealanders got, imagine it was only 30 runs. Those extra 50 runs would have given India the advantage on the last day of this ultimate Test,” Laxman said in the show.

It was all because of the tailenders, Kyle Jamieson (21) and Tim Southee (30) who scored crucial runs to take New Zealand to a total of 249, taking an all important 32-run lead going into the Reserve Day. Indian bowlers were the show stoppers of the day, with Shami picking up four wickets and Ishant Sharma adding two more to his tally. Kane Williamson was the top scorer ending at 49.

Virat Kohli and Cheteshwar Pujara saw India off to the end of Day 5 with 32 runs ahead in the second innings. Speedster Tim Southee claimed both openers, Rohit Sharma and Shubman Gill, with the KKR man being his 600th International wicket to put the game in balance going into the final day of the World Test Championships.
First Published on June 23, 2021 1:31 PM IST
Last updated on June 23, 2021 7:03 PM IST 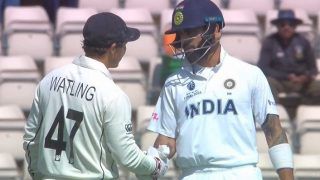 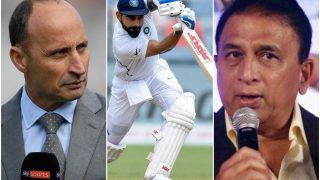