The TERI University bestowed the honour upon Laxman during their seventh convocation ceremony.

Accepting the doctorate, Laxman said: “I am happy because I wanted to become a doctor but realised my dream to play for the country. This is the right time for the youth to realise their personal aspirations and bring glory to the nation.” 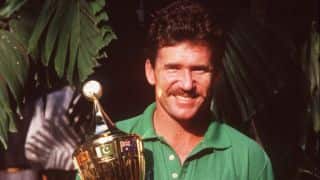