Conjuring up mere statistics will certainly be the worst way to judge and analyse the calibre and utility of VVS Laxman as his contribution to Indian cricket for the past decade and half goes beyond that. 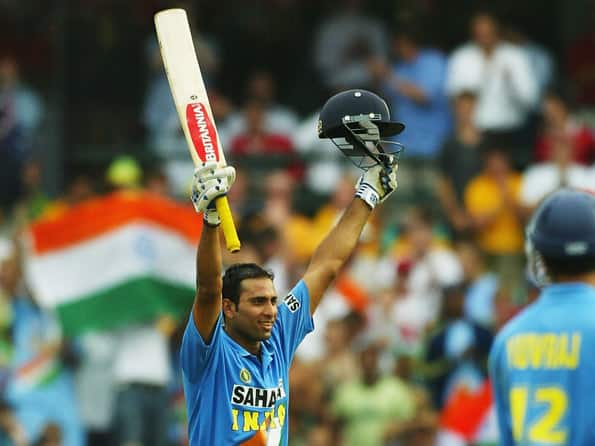 Conjuring up mere statistics will certainly be the worst way to judge and analyse the calibre and utility of VVS Laxman as his contribution to Indian cricket for the past decade and half goes beyond that.

As the ‘Very Very Special’ man walks into the sunset of his illustrious career, it won’t be a ‘wonderful afterlife’ for India’s next batch of Test aspirants as the bar that has been set by the Hyderabadi stylist is pretty high.

The 37-year-old Laxman was never dubbed a genius like Sachin Tendulkar neither did he possess the swagger of Virender Sehwag or the doggedness of a certain Rahul Dravid, yet he will forever remain one of the all-time greats of Indian cricket.

Laxman was the touch artist, one can never forget. The suppleness of his wrists as he played a delivery well outside his off-stump through the mid-wicket is something that a generation of cricket lovers have learned to adore.

Laxman, who announced his retirement from international cricket with immediate efffect, played 134 Tests, amassing 8,781 runs at an average of 45.97. He scored 17 centuries and 56 half centuries, many of which have gone a long way in helping India save or win a Test match.

His 281 against Australia at the Eden Gardens is a stuff of legends and that majestic knock has now become a part of cricketing folklore.

Those who were present at the Eden Gardens on March 14, 2001, would vouch that one may not have ever seen someone repeatedly play the inside-out shot through the covers off Shane Warne with such ferocity and yet make it look so simple.

The Australian teams over the years have had the highest regard for Tendulkar but it has never been any less for Laxman, who has played some amazing knocks against them over the years.

Laxman’s 148 at Adelaide in 2003-04 series came at a crucial juncture and his partnership with Rahul Dravid kept India’s challenge alive and the team finally went one up in that Test series.

A teamman to the core, the smiling Hyderabadi was ever ready to stand up and be counted whenever the Indian team needed him. He was never a natural opener but yet he performed the duties against a lot of Test teams with admirable sincerity.

Some of his best knocks came at No. 3 yet his batting order always remained flexible — something he never complained about. He scored 17 centuries in 134 Tests but what figures don’t point out is that he also scored 56 half centuries, many of which were significant in the final outcome.

Two such innings came late in his career where he gave a lesson or two on how to bat with tail-enders.

The first one was an unbeaten 73 against Australia at Mohali in October, 2010. Chasing 216, India were 124 for eight as Laxman added 81 runs with Ishant Sharma and then batted for good 20 nerve-wracking minutes with No 11 Pragyan Ojha to win the Test match for India.

He was in acute pain fighting back spasms. He was getting medical attention from the physio after each and every over but he continued like a man possessed.

The most endearing sight of that match was an agitated Laxman abusing his statemate Ojha as the latter nearly got run-out trying to steal a non-existent single.

It was something that was not associated with a man like Laxman — who was always grace personified even when off the field as much as he was on it.

The second one was an innings of 96 at Durban, couple of months after the Mohali knock. India were 0-1 down in the Test series and it was a knock played in the third innings of a match.

Again it was 148 for seven, when Zaheer Khan joined Laxman as he took India to a score from where it was difficult.

Running between the wickets was never Laxman’s forte and his fielding was always under scanner even though he was as safe at slips as someone like Dravid.

Yet, it was sheer joy to watch him as he had the talent to do the unthinkable at times. That is what separated Laxman from a bunch of ordinary international cricketers.

The only glitch that will remain in his career will be the failure of not being able to make it to the 1999 and 2003 World Cup squads.

Blame the Indian cricket set-up which saw a player of his calibre represent the country in only 86 ODIs.

His best chance to make it to the World Cup probably was in 2003 but Dinesh Mongia was given a nod ahead of Laxman.

Till date, the erstwhile skipper Sourav Ganguly has failed to substantiate why VVS didn’t make it to the squad.

Probably, Laxman was destined to be the ‘George Best of world cricket’ — the finest cricketer of his generation never to have played a World Cup.

For his thousands of fans, he will always have a special place in their hearts as it will be near impossible to replicate that kind of artistry and the silken touch Laxman has shown with the bat.

VVS Laxman was one of the pillars of Indian team, says Virender Sehwag