Laxman named the likes of Richards, Gower, Chappell, Gavaskar and Kapil as his idols.

India‘s one of most charismatic batsman, VVS Laxman, who retired from professional cricket about three years ago on Monday spoke about his life and experience in the cricketing world and how he got to get into this field. The gentleman from Hyderabad who is well known for his exquisite batting in both Tests and ODI cricket had entertained the Indian crowd for 16 years.

He is famous for his superb 386-run partnership with Rahul Dravid at Eden Gardens against Australia in 2000-01 and also had good record at the venue. However, on being asked during an interview with bcci.tv, he shockingly said that his dream was to become a doctor and not a cricketer.

“I always wanted to be a doctor like my parents because they were my role models. I had almost got a medical seat. That was probably the toughest period for me when I had to choose between cricket and medicine. Luckily for me, my parents gave me complete freedom to make my own decision. So, it was at the age of 17 that I started to pursue my dream of representing my country in cricket,” he said.

Laxman had a number of cricketing hero’s, which includes the likes of Sir Vivian Richards, David Gower and Greg Chappell. While his Indian heroes comprised of Sunil Gavaskar and Kapil Dev.

However, on being asked the reason for Hyderabad producing good wristy batsman, he said, “I think it’s a bit of a coincidence that people like Azharuddin, ML Jaisimha and myself hail from Hyderabad. Still, if I were to think of any reason, it would be because we played a lot on matting wickets. While batting on these wickets, you have to use your wrists more than your elbow to negotiate the bounce of the ball when pitched on good length. That’s probably a reason why we’re wirstier than batsmen from other parts of the country.”

“I used to love playing under tough situations when the team was under pressure. Adversities brought out the best in me. I guess it came from having to be the main batsman for Hyderabad since a young age. I was used to taking up more responsibility when the team was struggling. More than the technique and the skill set, I think the ability to come good in pressure situations was my biggest strength as a batsman,” he added.

He also mentioned that few cricketers with whom he had played with had an influential role over his career. His likes include the greats of Sachin Tendulkar, Sourav Ganguly, Dravid and Anil Kumble. However, he praised Tendulkar’s brilliance, Dravid’s temperament Kumble’s never-die attitude and Sourav’s courage.

He also said that he loved to watch explosive batsman Virender Sehwag play and his blistering innings. “Sehwag is one batsman I really love watching bat. Some of the shots that he plays are unbelievable. People mostly talk about Sehwag’s skills and the ability to hit the ball. But for me what stands out is his temperament. Irrespective of whether he’s in form or not, he sticks to his game plan and believes in himself. Sometimes, I wondered why can’t we all play like he does?” he wondered.

Laxman was also famous for batting brilliantly against Australian bowlers as he made it look so easy. He has a number of records against them, however he said that it wasn’t as easy as it looked. “It was never easy, but I always enjoyed playing against them because they were one team who challenged you the most as a batsman. The other teams went defensive at times, but the Australians always bowled at you to get you out. I liked it when the bowlers were aggressive towards me and came out all attacking,” he said.

“I’m very happy with the record I have against them, especially given that for most part of my career they were the No.1 team in the world. Not only me but our whole team loved the challenge that Australia posed. And we were the only team to stand up to their might time and again when they ruled world cricket,” Laxman added.

Finally, on being asked to recall on how did he live as a cricketer for those 16 years and how he would prefer people to remember him as a cricketer, he said, “As someone who always played for the team. When I look back at the 16 years of my career, I feel satisfied that I could win matches for my country from really tough situations. And I want people to remember be as the guy who always gave his all for his country.” 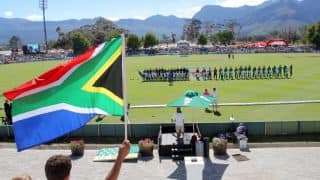