Expressing concern over the proliferation of bowlers with suspect action, former India batsman VVS Laxman on Wednesday called for taking corrective steps at the grassroots level, and said there can be no compromise on the laws of the game. Delivering the Mansur Ali Khan Pataudi lecture in Kolkata, Laxman hailed the ICC’s proactive and aggressive stance towards “weeding out the malaise of illegal bowling actions.”

“Some of the most celebrated names in the world of cricket have come under the scanner, and while I do sympathise with them, it is imperative that the rules that are in place are respected and adhered to,” Laxman said, referring to the ICC’s crackdown on suspect action by suspending high profile bowlers like Pakistan’s Saeed Ajmal, Sri Lanka’s Sachitra Senanayake and Zimbabwe’s Prosper Utseya in the last few months.

“It is essential that we address the issue of suspect actions which is not endemic to one region or one country. It becomes imperative for every coach, every state/ provincial unit and every cricket board to root out this problem. One of the fallouts of watching bowlers with suspect actions on television is that young kids could be influenced into following suit. We need to set the right example for the stars of tomorrow and I believe that there can be no compromise on the laws of the game,” Laxman said.

Laxman also said ‘fast burnout’ was a major threat faced by modern cricketers. “The modern day cricketer faces the threat of a faster burnout. At any given point, international cricket of some type is being played in some corner of the world. This another issue on which a compromise of sorts must be reached,” Laxman said.

Observing that modern cricketers “indulged in more gamesmanship in the guise of professionalism”, Laxman expressed his anguish over the overt aggression shown on the field. “I am anguished, and I use the word anguish in all seriousness, when I see needless aggression in the name of competition, foul language and ugly demonstrations on the field in the name of ‘making your point’ or ‘giving it back’ or ‘playing hard but fair”. Youngsters and children watching on television can easily lip-read and understand the choicest swear words being used on the field. We should remember that as cricketers, we are role models and can easily influence the younger generation. Therefore it’s our duty to influence them in the most positive way,” he said. 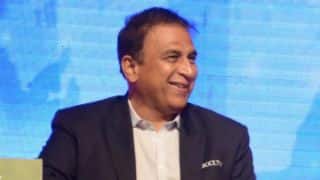