Michael Clarke admitted on Saturday that he may never play for Australia again.

Former India cricketer VVS Laxman on Sunday sympathised with Australia captain Michael Clarke, who walked off the field after the recurrance of his hamstring injury, during the final day’s play at the Adelaide Oval. Later in the day, Clarke admitted that he may never play for Australia again.

On Saturday, as his side struggled to make a comeback against a determined India, Clarke left the field after he suffered his second injury of the game. This time Clarke injured his right hamstring and went limping out of the field post lunch on Day five.

Laxman said on microblogging website Twitter that he completely understands the troubles Clarke is facing as a cricketer — something he faced too back in the year 2010.

I understand what @MClarke23 is going through and feel for him.I was in a similar position with my back injury in 2010. #AUSvIND

Clarke is all set to miss the ongoing series against India and in his absence, Brad Haddin will lead the hosts in the remaining three Test matches. For the second Test, Australia drafted in Shaun Marsh in place of their injured skipper. The second Test of the four-match series begins Wednesday, December 17. 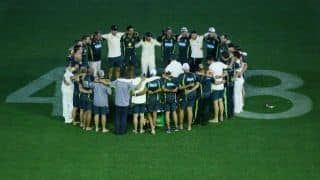 Australian cricket team victory song "Under the Southern Cross I stand": A history 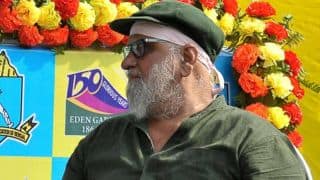