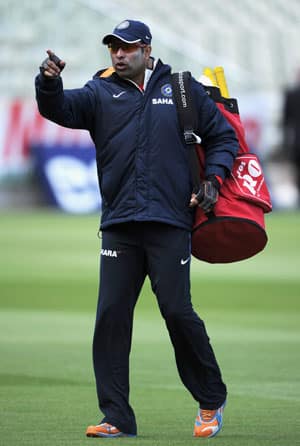 “When i walk out to play in hyderabad i will feel a deep void. A void that can never be fulfilled. My dear friend, VVS Laxman.. ..one of the best players indian cricket has seen and i have played with will no longer be with me,” Sachin wrote on Twitter.

“It has been an absolute pleasure to.. . share some of my greatest cricketing moments with a true legend of the game and a thorough gentleman. VVS, the team & i will miss you… …I will forever cherish the 16 years we have played together,” he added.

Laxman announced his retirement from international cricket with “immediate effect” on Saturday.

Earlier, twitter was buzzing with the cricket fraternity coming out in praise of the Indian batsman.

Harbhajan Singh had tweeted: “VVS Laxman u were amazing cricketer everyone knows but you were surely the best human being I have ever met. God bless you with all the happiness in future (sic).

“Lax we gonna miss you. You are a legend. Sending love and wishes all the way from Essex. Wish I was part of your last Test. Essex team also sending wishes (sic).

“Legend has walked into cricketing sunset. What a player. Probably the best man. So many good day spend with him. Gonna miss you Laxman. God bless (sic).”

Even Virender Sehwag called him one of finest human beings to have ever played the game.

“VVS is one of the finest human beings to have played cricket. One of the main pillars of the team and a true friend. Words are not enough,” Sehwag wrote on his twitter wall.