The names of three more Pakistani cricketers, including the Akmal brothers, have cropped up for their alleged involvement in spot-fixing during the ongoing criminal trials against former captain Salman Butt and Mohammad Asif at a local court here. 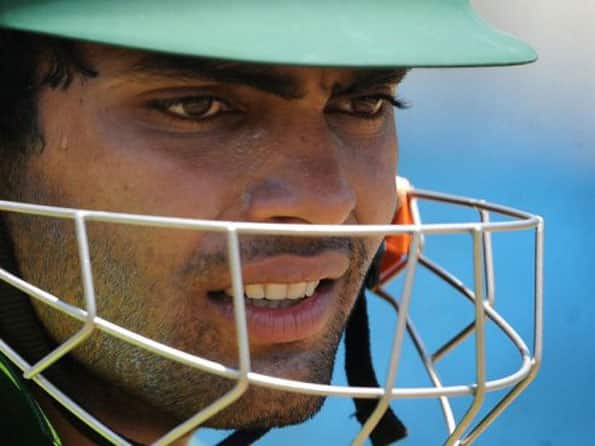 The names of three more Pakistani cricketers, including the Akmal brothers, have cropped up for their alleged involvement in spot-fixing during the ongoing criminal trials against former captain Salman Butt and Mohammad Asif at a local court here.

The Prosecutor claimed that players’ agent , who has been charged with accepting corrupt payments and cheating at gambling, told an undercover reporter that he had six players under his control.

The names of Umar Akmal, his brother Kamran and pacer Wahab Riaz were mentioned in this connection on the second day of the trials involving Butt and Asif. Both Butt, 26, and fast bowler Asif, 28, have denied any involvement in spot-fixing.

Majeed, and the teenage bowler Mohammad Amir, who has also been charged, are not in the dock, although the jury has been told there is “nothing sinister” in their absence, the British media reported.

The jury had heard on the first day how Majeed bragged to an undercover journalist that he had “two bowlers, two batsmen and two all-rounders” under his control, with the batsman Imran Farhat also being named. However, according to the prosecution Majeed did clarify that Farhat was “not completely in the circle”.

On the second day, the court also heard of a conversation between Majeed and an unnamed Indian caller who is said to have frequently appeared in telephone schedules relating to the case and whom the prosecution has described as “sinister”. The discussion took place with Pakistan in a dominant position in the earlier third Test against England at the Oval, the ‘Guardian’ reported.

“They talk about ‘what we spoke about last night, and what offer can be made?’,” the prosecutor Aftab Jafferjee told the court. “The Indian caller provides a figure of a million dollars.

“The only context to place this in the light of all the evidence thus far would be the price for Pakistan to lose the Test match when they were plainly poised for a memorable victory. Nothing else would make sense. It reveals that at least the idea had been floated certainly between Majeed and the Indian party,” Jafferjee told the court.

The jurors were also shown secretly filmed footage of Butt’s agent seen at a London hotel room telling undercover journalist on eve of the Lord’s Test in August 2010 when to expect no-balls from the bowler.

It shows Majeed telling an undercover journalist posing as the representative of a far east gambling syndicate precisely when to expect no-balls from opening bowler Mohammad Asif and fast bowler Mohammad Amir. Majeed is shown counting the money: 140,000 pound sterlings.

“To show we are serious I’m going to give you three no-balls,” said Majeed in the video. “No-balls are the easiest and clearest. The timing you’re coming in is perfect because the one-day and Twenty20s are about to start and you’re going to make a hell of a lot of money.”

The prosecution further submitted to the court that the telephone calls and texts that followed pointed to a conspiracy between Majeed, Butt, Asif and Amir to fix events at Lord’s.(PTI)