Waqar Younis has also urged the cricket authorities to drop Umar Akmal from the Pakistan team.

Karachi: Former chief coach, Waqar Younis has urged the cricket authorities to drop Umar Akmal from the Pakistan team and blamed Shahid Afridi for the side’s run of T20 defeats against England, New Zealand and in the Asia Cup and World T20. In a hard-hitting report on his two-year tenure as Pakistan coach, Waqar has directly blamed flamboyant allrounder, Afridi’s poor form, captaincy and attitude for the national team’s recent poor run. The defeats led to the sacking of the national selection committee and resignations of Waqar and Afridi as coach and captain of the national T20 side. READ: Shahid Afridi’s daughter’s death reports on social media false

In his full report, the excerpts of which were leaked out in the media and led to his resignation last month, Waqar specifically mentions Umar Akmal, Ahmed Shehzad and Afridi and has advised the authorities to stop feeding off egoes.

On Akmal, Waqar is very critical and describes him as an indisciplined player. “Umar Akmal was asked by Haroon Rasheed (former chief selector) to come the next day for fitness test to join the team in Sri Lanka for ODIs, instead he chose to catch a flight to Caribbean for a lucrative league without informing anyone.

Few months later, when he was caught in the Hyderabad incident or misbehaving with his domestic team coach, all times he managed to retain his place back in team. Is this what criteria we are setting for selection of new players?,” Waqar wrote in his report.

“Andrew Symonds was a very talented player for Australia or Kevin Peterson for England but due to their behaviour they were dropped and never picked again irrespective of their talent.

Are we bold enough to take this step or do we fear media or pressure from different people to play certain players? I can assure you that sacrificing one Umar Akmal will allow us to develop other players who can truly and proudly wear the star on their chest and represent Pakistan,” Waqar said.

On the national team’s poor T20 performances, Waqar claims it was due to poor captaincy. “We lost New Zealand, Asia Cup and T20 World Cup due to poor captaincy. On several occasions I had made it clear that Shahid Afridi was not performing with bat, ball or captaincy but I was not listened to. Poor tactics, really cost us matches. Meeting was held after the NZ T20 series where the boys emphasised that they felt confused with what the captain was telling them to do,” the report said.

“Shahid Afridi did not attend few meetings or practice, a captain leads from the front, not like this. It was unfair how he played Mohammad Nawaz during the game which destroyed the youngster’s confidence.

“He was so fixated on his own performance that he did not execute any game plan or use the right players at the right time. His sudden decisions on changing the batting order or field placements did not help the team,” Waqar wrote.

“He appeared to be under so much pressure and playing poorly as well, it really reflected poorly on the team. The whole team morale was down because they all felt the pressure from the captain. No matter how many times I talk to the players, it is the captain who has to lead the boys on the field and execute plans,” he added.

Waqar has also made public for the first time the role the board Chairman and other senior officials play and their interference in purely cricketing and selection matters.

One example of this is when Waqar writes about events just before the World Cup 2015 in Australia and New Zealand. “I attended the selection meeting in Karachi along with Misbah, we had a long and fruitful meeting on several players. As I arrived back in Lahore, a completely different team was announced which I was not happy with, also after dropping Younis Khan from one series, he was suddenly put back into the team because of media pressure,” Waqar said in his report.

“Both Misbah and I were really disappointed and frustrated with this outcome. I met both Mr Shahryar Khan and Mr Najam Sethi and expressed my grievances to no avail. I was specifically told by Mr Sethi that I had to accept on media that I was happy with team and it was decided in consultation with me.

“I explained that from now Coach should be part of the selection committee, probably head the committee with others being facilitators, this was never heard. I had considered resigning at the time but then thought that on the eve of the World Cup it would not be the right thing to do, I would try my best with what I have,” Waqar writes in his report.

The former pacer also writes that to select Younis Khan for the England ODI series last year was a real step back. “I have a lot of respect for Younis Khan, he has been a great server for Pakistan but when you are trying to develop a team for the future and for modern cricket, I, along with the team management did not feel that he warranted a place in the team and the direction was not right.

“I emailed the Chairman in regards to this issue but he left the decision on the selection committee. I tried my best to convince Haroon Rasheed when he arrived in Dubai but he had no vision for the future rather saying that Younis Khan is in their future plans,” he says in the report.

Waqar also reveals that the Pakistan Super League did more harm than good to the national team. “There was no training by the boys during the PSL, it was more a holiday for them. They came to the Asia Cup tired and unfit,” he said. 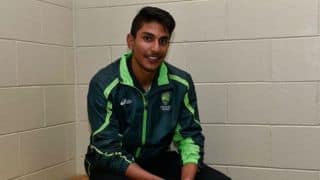 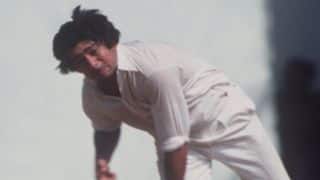