Waqar Younis says his immediate aim is to prepare the team for the 2015 World Cup.

Former Pakistani captain Waqar Younis has said that his main target is the ICC World Cup 2015 in Australia and New Zealand next year following his re-appointment as Pakistan‘s head coach.

The Pakistan Cricket Board (PCB) announced that the former fast bowler, who was also given the job in 2010 before quitting in late 2011, had been given a two-year contract.

According to Sport24, Younis said that he is very pleased to have been selected as head coach, adding that his immediate aim is to prepare the team for the upcoming busy cricket season including 2015 World Cup.

Younis, who took 373 Test and 416 ODI wickets, was the hot favourite for the role after Australian Dav Whatmore decided in February not to extend his two-year contract with the PCB.

It is Pakistan’s seventh coaching appointment since 2008 in a list that also includes Australian Geoff Lawson, Intikhab Alam and Mohsin Khan, the report added. 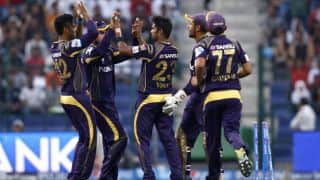