Sarfraz Ahmed has been very consistent across formats.

Pakistan coach Waqar Younis has applauded wicket-keeper batsman Sarfraz Ahmed for coming out of his shell and playing his own game following Pakistan’s seven wicket T20 victory against New Zealand in Dubai. Waqar believes that Sarfraz is a stroke maker, who likes to play the way he plays. Sarfraz plays a lot better than anybody else when he is got less pressure, the Pakistan coach added.

Waqar further said that Sarfraz is proving to be good for Pakistan and hence it would serve the team if he contributes in the same manner, the Dawn reported. Sarfraz scored an impressive 76 runs off 64 balls, guiding Pakistan to a seven-wicket win in a chase of 136 in the first T20 against New Zealand in Dubai on Thursday. 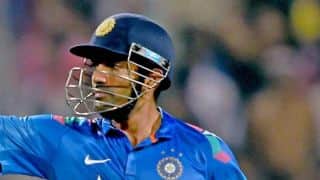 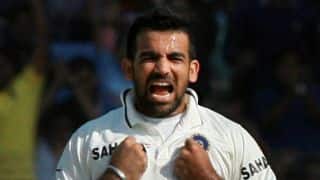 India's 30-man probables for ICC World Cup 2015: Zaheer Khan not surprised at being left out