Pakistan and New Zealand will now lock horns in the second and final Test commencing from November 25 at Seddon Park.

Karachi: Former Pakistan head coach Waqar Younis believes that “more than skills it’s the mental side” was the main reason for the side’s eight-wicket defeat against New Zealand in the first Test of the two-match series at the Hagley Oval in Christchurch. Calling on the team management to understand the real reasons behind what went wrong during the first match, Waqar suggested the players to recap the recently concluded England series where Pakistan were able to draw the four-match Test series 2-2. “Always diagnose the problem before treatment. More then skills it’s the mental side. Recap England series #PushUps #Salute #PAKvsNZ,” tweeted the 45-year-old. Full cricket Scorecard: Pakistan vs New Zealand 2nd Test at Hamilton

Put in to bat first, Pakistan were bundled out for paltry 133 while surrendering to debutant Colin de Grandhomme who took a six-for in Christchurch. However, Misbah’s bowlers tried to pull back the game for Pakistan and put them in contention as they bowled the hosts out for 200, but the batting line-up once again failed to inspire the team and could manage only 171 in their second innings, setting an easy target of 105 runs for the Kiwis, reports Express Tribune. New Zealand chased down the target with eight wickets in hand courtesy captain Kane Williamson’s 61 off 77 balls.

The two teams will now lock horns in the second and final Test commencing from November 25 at Seddon Park. Waqar resigned as Pakistan’s head coach ahead of the England series, following a poor show in the T20 World Cup and the Asia Cup T20 2016. Mickey Arthur was named the head coach of Pakistan and under him Pakistan have drawn the Test series against England and beat West Indies in UAE. 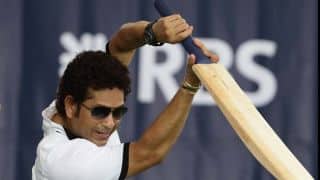