Rajasthan Royals captain and Australian spin legend Shane Warne will retire from the Indian Premier League at the end of his team's campaign this season. 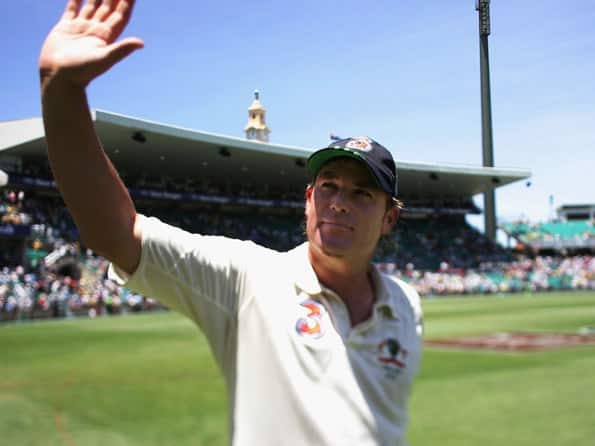 Rajasthan Royals captain and Australian spin legend Shane Warne will retire from the Indian Premier League at the end of his team’s campaign this season.

The 41-year-old inspirational player, who guided the underdog team to the inaugural IPL trophy in 2008, will step down from the team but has promised to stay with the franchise in an advisory role.

“Yes this is my last year playing IPL – please come down and support RR last 2 home games v chennai & Bangalore ! We need your help !!!!,” the legendary spinner, who quit Tests in 2007 and bid adieu to ODIs in 2005, wrote on his Twitter page.

The IPL was only cricket event he was playing after leaving the international stage.

“…next year who knows what or if I will be involved in IPL re mentor/coaching- am focused on doing best for RR,” he added.

The leg-spinner, who captured 708 Test and 293 ODI wickets during his international career, will be at the helm for another four IPL matches for Rajasthan unless they make the finals.

“To my teammates (all) can I say (is) thanks for your support – you guys have made it fun/enjoyable to play. To my fans – THANKYOU – your the best!,” he said.

The controversial bowler, who has also been hitting the headlines for his on and off romance with British actress Elizabeth Hurley, has been the standout performer for Rajasthan picking up 56 wickets in 52 matches at an average of 24.66.

Rajasthan are currently fourth in the points table.

“We have a spirit in the squad similar to IPL 1 – it would be great to leave on a high – I’m proud of the way we have developed young players,” Warne wrote.

The Rajasthan team management said Warne’s services as player would be missed but the side would hold on to him in an advisory role.

“Shane Warne has been an integral part of Rajasthan Royals for the last four years. He has been instrumental in nurturing young talent in the team and making Rajasthan Royals a formidable force in IPL,” the team’s Chief Marketing Officer Raghu Iyer said in a statement.

“He will continue his association with the Royals in coming years and will offer his invaluable guidance to young players. We are looking forward to him assuming a larger role in the team and continuing adding value to the team’s success,” he added.