Shane Warne will be 'disappointed' if England crowd don't unleash a barrage of verbal volleys at Smith and Warner.

Shane Warne will be ‘disappointed’ if England crowd don’t unleash a barrage of verbal volleys directed at the Australia pair of Steven Smith and David Warner when they tour the nation for the Ashes series.

Both Smith and Warner will be completing their respective 12-month bans for ball-tampering in South Africa and return to playing professional cricket via the Indian Premier League (IPL) this month.

Warne is expecting a hostile reception but feels the duo will be up for it.

“I’d be disappointed if they didn’t give it to them. They’re going to absolutely give it to them, and the players are fully aware of that. Even if they hadn’t been out for a year, they were still going to get nailed by the crowd – the same way as the Aussies give it to England when they go to Australia. It’s just a bit more constant with the singing over here. I think they’ll be OK: they’re completely expecting it,” Warne was quoted as saying by the Daily Mail.

The last time an Australian team was in England following the ball-tampering scandal, the crowd greeted them with pieces of sandpaper.

And before the Ashes, the Smith and Warner will be in England as part of Australia’s World Cup squad which, as per Warne, is a good thing.

“It’s probably a good thing they’re getting a game out of England before the World Cup,” he said.

The Australia legend feels India and England are the two hot-favourites to land the World Cup trophy this time around. “England have so many match-winners. I love the style of cricket they play. They’re very well led by Eoin Morgan, and the message he sends the team is just to go out and play.

He added, “India have Virat Kohli in their side, a guy who’s made 41 one-day hundreds, 25 of them chasing. So they have to be a chance. Their bowling attack, led by Jasprit Bumrah, is very, very good.” 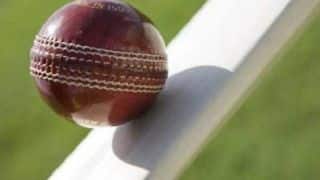