Australian spin legend Shane Warne foresees England beating India 1-0 in the upcoming four-Test series as he feels Andrew Strauss' men will manage to do just enough to upstage their world number one rivals. 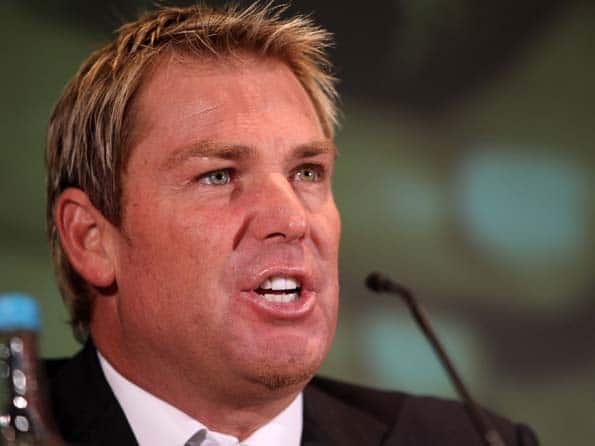 Australian spin legend Shane Warne foresees England beating India 1-0 in the upcoming four-Test series as he feels Andrew Strauss’ men will manage to do just enough to upstage their world number one rivals.

Warne said England are a good side capable of coming out triumphant against Mahendra Singh Dhoni’s men in the series starting July 21 but the hosts would do their reputation some good by being more attacking in their approach.

“It is important England nail teams if they get them on the ropes. Make it more entertaining and be more aggressive. If you do that then it is fun for the players and that comes across to crowd. To summarise I think we all believe England are a good side. They have variety in their attack,” Warne told Daily Telegraph.

“They have great top order batting, for them to make next step and stay there it will be about how they play the game. If they just stick to process and wear oppositions down they will not win series by whitewashes. They are just going to do enough and win 1-0. Strauss needs to put them in a situation where it is win at all costs,” he added.

“His Test form is not a massive worry. In an x-factor series against India, which will bring big crowds and a buzz, I think he will perform,” he said.

“If you put (Ian) Bell in form, (Alastair) Cook, (Jonathan) Trott, Strauss, Pietersen with the x-factor and (Eoin) Morgan’s variety together then suddenly you have got a hell of a top six,” Warne said.

“Throw in Chris Tremlett with his height and steep bounce, James Anderson’s skill of swinging the ball and Graeme Swann as the best spinner in the game and it all looks good. England just need to find the right person to fit in the third seamer’s role and then there will be no weak spot in the team,” he said.

Vaughan compared India with Australia and said like the former world champions, Dhoni’s men will also soon be in a transitional phase after greats such as Sachin Tendulkar retire.

“We are not playing in an era when we have a great team like Australia who have dominated for so long. They were so much better than the rest of the world. India are a good team but you can certainly see England within a year or so getting there,” he explained.

“Don’t forget India are going to have to go through a transition soon. They are going to lose players like Australia did and England have their first opportunity to be number one and staying there. That will be the hardest thing staying there,” he said.

Strauss has given me the edge by playing for Somerset, claims Zaheer

Vaughan says Strauss is defensive in comparison to Dhoni