The dew factor is known to come into play in sub-continental conditions which makes it difficult for bowlers to grip the ball.

Former India batsman VVS Laxman was left wondering why did captain Virat Kohli opt to bat in the second ODI against West Indies at Visakhapatnam which ended in a thrilling tie.

The dew factor is known to come into play in sub-continental conditions which makes it difficult for bowlers to grip the ball. India s chinaman bowler Kuldeep Yadav, who was the most successful bowler returning with three wickets in his 10 overs, said it was tough to bowl in the dew. It was very difficult to bowl in the dew. The square was quick and there the ball was wet. I was having difficulty gripping the ball, Kuldeep had said after the match on Wednesday.

Given how much dew there is in Vizag, I was a bit surprised that Virat opted to bat first, and more so because he had three spinners in his ranks, Laxman wrote in his column for the Times of India on Saturday.

Having said that, he perhaps wanted the bowlers to experience the challenge of bowling under pressure. While it is important that the team wins this series, this is also an audition for the bowlers for the World Cup.

Laxman, who has scored 2338 runs in 86 ODIs, reckons West Indies are better finishers in white-ball cricket. The disparity in competition was evident from the one-sided Test series and the ongoing ODIs.

The West Indies have already been more than competitive in the one-day series than they were during the Tests. They clearly relish white-ball cricket and have the resources to take on the best, as was evident by their displays in Guwahati and especially Visakhapatnam, where they almost pulled off a sensational victory, he said.

Laxman was particularly impressed with Shimron Hetmyer, who registered a century in the first ODI at Guwahati and Shai Hope, whose unbeaten 123 helped the visitors level the scores.

I was especially impressed that their young batsmen have led the way, with Shimron Hetmyer and Shai Hope taking charge. It s refreshing to see them bat with freedom and positivity. They are creative, powerful and possess the gift of clearing the boundary with ease, evidenced by the number of sixes they have already struck in the series.

Admittedly, the pitches have been flat, but they have made runs against a very good Indian attack, so that should do wonders for their confidence.

He heaped praise on India captain Virat Kohli, who became the quickest to reach 10,000 ODI runs and surpass Sachin Tendulkar s record during the Vizag ODI. Virat has shown, again, why he is the best batsman in the world. To have got to 10,000 ODI runs in just 205 innings, taking 54 fewer knocks than Sachin, is a tribute to his consistency and hunger, and to the impact he has made on the team since his debut a decade back, he wrote. 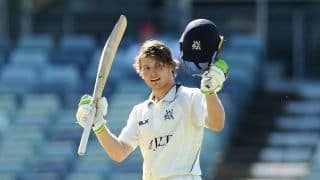 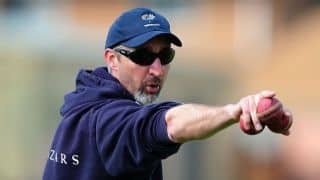