Legendary pacer Wasim Akram has backed senior all-rounder Shahid Afridi to succeed Mohammad Hafeez as the captain of Pakistan‘s T20 team. Akram said Afridi is the best choice to lead the national T20 team after Hafeez had stepped down from the post following Pakistan’s dismal outing in the World T20 in Bangladesh, where they failed to qualify for the semi-finals.

Akram also blasted the Pakistan Cricket Board (PCB) for demoting a senior player like Younis Khan in category B of the central contracts. “It is a mistake to demote Younis similarly it is hard on Mohammad Irfan that he has been kept in category D while at same time he is been considered a match-winner in the World Cup,” he told GEO News.

The former Pakistan captain-turned-commentator said seniority and past performances should be the main criteria for awarding central contracts.  Faced with severe criticism, PCB was forced to promote Younis to category A yesterday after chairman Najam Sethi stepped in.

Akram also advised the board to allow players to go and play in the Caribbean Premier League (CPL) instead of restricting them to national camps.  “I think it would be better if these players play in the Caribbean league because match exposure is always best for a player to prepare for the next challenge,” he added. 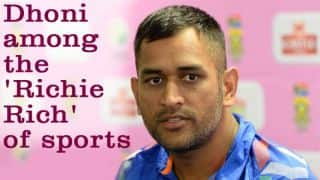