The king of swing Wasim Akram turned into a king of colognes on his 50th birthday.

Karachi: The king of swing Wasim Akram turned into a king of colognes on his 50th birthday. To honour his achievement for being the highest wicket taker in the test cricket for Pakistan, J Fragrances collaborated with the cricket legend and launched a cologne, named ‘414 Scent of Sultan,’ reports the Dawn. Describing the reason behind the name, Mohammed Ali Mufti, the head of sales and marketing at J. Fragrances said, “Wasim Akram is the the highest wicket taker in test cricket for Pakistan, having taken 414 wickets in 104 matches; We thought it would make for the perfect name for the perfume.” Several cricketers, including Virat Kohli, Sachin Tendulkar, Jacques Kallis, Shahid Afridi have posted videos on their social media accounts, congratulating the left-arm pacer on the scent launch. Wasim Akram: Life is ‘exemplary’ at 50

Legendary Pakistan paceman Wasim Akram marked his 50th birthday on Friday, saying life is “exemplary” and that his Australian wife told him the half-century “is the new 40″. Regarded as one of the best left-arm pacemen ever to grace the game, Wasim – who celebrated with family and friends – said cricket had brought him great fame, adding: “1.5 billion people across the subcontinent and beyond love me”. “My wife told me 50 is the new 40,” he told AFP. Happy birthday, Wasim Akram: Pakistani cricket legend turns 50

“So it’s enjoyable.” Wasim, popularly dubbed the “sultan of swing”, lives in Karachi with his second wife, Shaniera, and is a renowned cricket expert on various television channels. He said cricket had transformed his life. “Cricket is a great leveller. It transformed my life from an ordinary boy to one who is loved in Pakistan and India by over 1.5 billion people and it’s incredible.” In a storied career of 104 Tests between 1984 and 2003, Wasim took 414 wickets and 502 in 356 one-day internationals – both still a Pakistan record, added AFP. 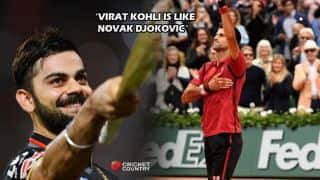