Wasim Akram has left Islamabad United in order to join new franchise of Multan for the upcoming third edition of the Pakistan Super League (PSL).

Karachi: Legendary fast bowler Wasim Akram has left Islamabad United in order to join new franchise of Multan for the upcoming third edition of the Pakistan Super League (PSL). Confirming the news, Akram’s manager Arsalan Shah said that the former pacer has decided to move on after two successful seasons with United. “We have left Islamabad United and are officially signing with another franchise this week,” he said. When quizzed as to which team Akram is expected to join, Arsalan said that they are negotiating with many franchises, with special mention given to Multan. “We have been in talks with Multan for some time and also plan on holding discussions with other franchises. A decision will be made this week,” Akram’s manager said. AB de Villiers: No South Africa bowler matches skills of Wasim Akram

Although there have been speculations going around that Akram has already decided to join Multan, the franchise’s marketing manager Hammad Ilyas quashed the same. “These are all rumours. We haven’t considered him for any position yet,” he said. Ilyas, however, admitted that the franchise is extremely excited about the idea of Akram joining the third edition of the PSL. “We are just excited to hear all the rumours. We are still in the process of setting up a team and nothing has been locked yet. We are looking at big names but nothing has started yet,” he added. Wasim Akram appointed Careem s Honorary CEO

Akmal, who guided United to PSL glory in the first season, had earlier received praise from former skipper Misbah-ul-Haq for the way he managed things following the infamous spot-fixing scandal during the second edition of the league. 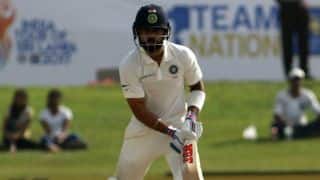