The DIG East said that the main suspect had 'indirectly' approached the police to present his version of the incident.

Senior police officials said that they have finally recovered the car that was involved in the road rage incident with Pakistan pace legend Wasim Akram in the city’s busy Karsaz area on Wednesday. Karachi-East Zone DIG Munir Ahmed Shaikh told reporters yesterday that police had recovered the car and also identified the driver as Abid who has been arrested. But he admitted that the main suspect who first pointed a gun at Akram and then shot at his vehicle’s tyre is yet untraceable. “He has not been detained so far,” he added. Sheikh said police will send the seized car to a forensic laboratory to determine whether it had been in contact with Wasim’s car during the accident.

The DIG East said that the main suspect had ‘indirectly’ approached the police to present his version of the incident but the police had conducted a raid to arrest him. The held driver would likely be presented before the court Sunday, and a remand will be sought, Sheikh said. 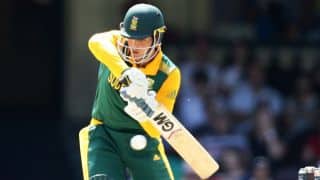