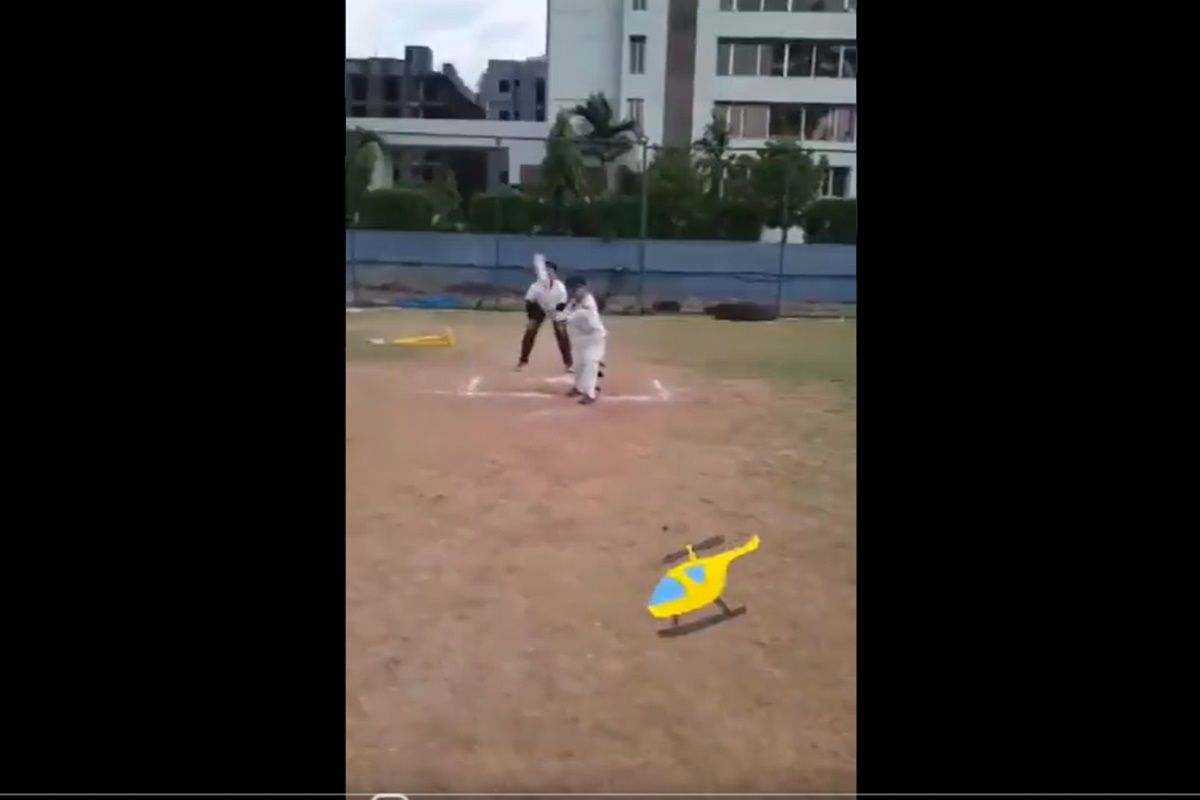 New Delhi: Former India opener Aakash Chopra took to Twitter on Friday and shared a video of a kid who was seen emulating former India captain MS Dhoni’s trademark helicopter shot with ease. The video which has already garnered over 5000 views shows a kid displaying his wide range of shots that includes a couple of slog sweeps as well. The man at mid-wicket must have been busy as most of his shots were aimed in that direction.

Chopra, who is a well-known cricket commentator can be seen lending his voice to all the shots that are seen in the video. This is not the first time the former India opener has tweeted a video that has garnered so much attention on social media.

Last year, Chopra tweeted a video of Pari Sharma who was also seen playing the helicopter shot in the video. The video went viral with over 7000 likes and more than 1 lakh views on Twitter.

Talking about the World Championship final to be held in Southampton between India and New Zealand, Chopra reckoned New Zealand will start as favourites as the Black Caps will play two Test matches against England before the WTC final.

The former opener also felt that the Kiwis will have a 55% chance of winning as compared to India’s 45% chance. Meanwhile, New Zealand had won both the Test matches against India in February 2020 when the Virat Kohli-led team had toured the Trans-Tasmanian nation.