England beat India by 118 runs to win the fifth Test at the Oval on Tuesday.

Resuming the day on 58 for 3, Ajinkya Rahane and KL Rahul had little trouble in negotiating the first hour of play as they scored freely to take India past the 100-run mark. The India opener compiled his first 50 plus score of the series with a boundary.

Rahane though departed for 37, with Moeen Ali ending the 118-run stand. The Indian miscued a sweep, lobbing a simple catch in front of the wicket. Hanuma Vihari was peppered with the short stuff by Ben Stokes and he fell for zero nicking to Jonny Bairstow. India slumped to 121/5. Rahul then brought up his fifth Test hundred with a boundary towards fine leg in quick time.

Rahul and Rishabh Pant then joined forces and took 131 runs in the second session to ignites hopes of an improbable Indian win. Pant was in T20 mode and reached his maiden Test ton off 118 deliveries with a six. That made him the second youngest wicketkeeper batsman to register a Test century aged 20 years and 342 days.

By tea, India had reached 298 runs for five with the equation reading 166 runs to win from 33 overs.

But then after tea, Rahul was dismissed by Adil Rashid with a terrific delivery that spun viciously after pitching on the rough to hit the off stump. Rahul went for 149

Soon after Pant holed out in the deep to Moeen Ali off Rashid for 114, thus ending hopes of an Indian win. Then it was a matter of time and Sam Curran removed Ishant Sharma and Ravindra Jadeja to hasten the collapse.

Fittingly, James Anderson picked the last wicket, cleaning up Mohammad Shami, sealing a 118-run win and a 4-1 series win. That wicket was 564th for Anderson, making him now the highest wicket-taker among pacers surpassing Glenn McGrath. 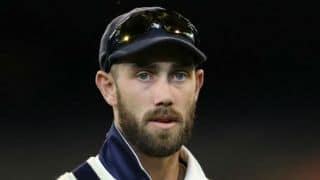