Captain Kohli lead the team from the front and scored a well made 57 off 49 deliveries to take Team India to 151 in 20 overs. 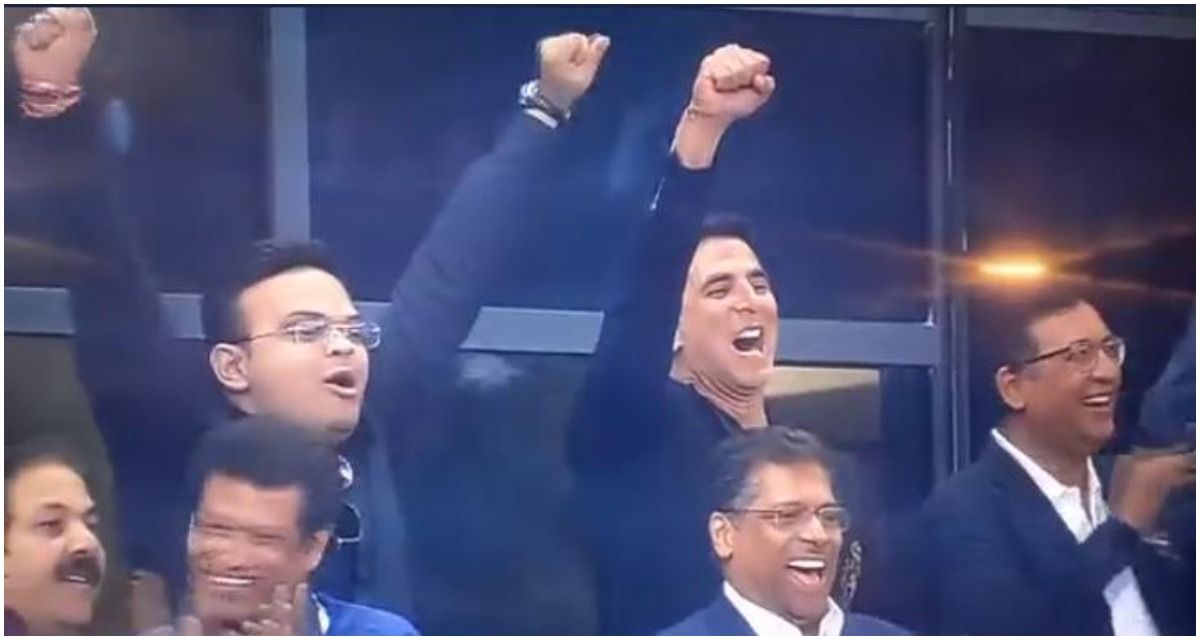 Dubai: Bollywood superstar Akshay Kumar is in the stands at the Dubai International Cricket Stadium to witness the India vs Pakistan T20 World Cup 2021 match. During the death over, Shaheen Afridi’s overthrow which costed Pakistan 4 runs, made the entire Indian fans leap from their seats and one such fan was superstar, Akshay Kumar whowas seen celebrating with BCCI secretary Jay Shah.

This match is such an emotion 🥺 for everyone….#AkshayKumar cheers for team team india on overthrow 18.5 overs. #INDvPAK #T20WorldCup2021 pic.twitter.com/3gKsOpOJ0g

Pakistan put India into bat and the Virat Kohli-led side after a horrid start came back strongly to take the 2007 T20 world champions to a fighting total of 151 in 20 overs. 21-year old speedster, Shaheen Afridi was the pick of his bowler as his swing balls troubled the Indian batters a lot. He picked up 3 wickets and gone for 31 runs. Captain Kohli lead the team from the front and scored a well made 57 off 49 deliveries, supported by Rishabh Pant’s 30 ball 39.

Afridi said that at the innings break that he was glad to execute the plan successfully and hopes side will be home in tonight’s high-voltage match.

“Glad I was able to execute the team plan. The plan was pick early wickets and then come back in the death and pick wickets again. I worked hard on my swing yesterday in the nets. It becomes easy for batsmen if it doesn’t. I didn’t mind going for runs in order to pick up wickets. [On the chase] The new ball will be difficult but the ball is coming onto the bat nicely. Hopefully we’ll be able to chase this easily,” Shaheen said. 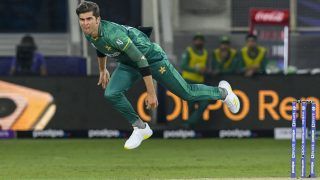 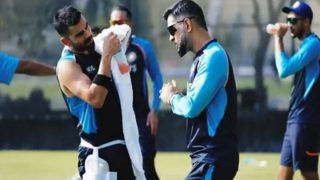