The bowler is question is Pavel Florin, from Romania, representing Cluj Cricket Club.

If R Ashwin’s experimentation with his bowling in the Tamil Nadu Premier League wasn’t enough to catch you off guard, this surely will. The video of a player with a bizarre bowling action has surfaced on social media, during a match of the European Cricket League.

The bowler is question is Pavel Florin, from Romania, representing Cluj Cricket Club. In a 10-over match against Dreux Cricket Club, Pavel bowled an over with the most questionable bowling. It is not known whether Pavel is a pacer or a spinner, but his deliveries certainly put a huge question mark over the credibility level of the league.

Ladies and gentlemen … welcome to the #EuropeanCricketLeague

Pavel’s deliveries were way too flighted, and out of line and some almost reached the batsman on almost two bounces. The video of Pavel’s action went viral on social media with many doubting whether such a league should even exist in the first place. With the advent of T20 cricket growing and spreading rapidly across the globe, number of leagues are cropping up, something the ICC had raised its questions over.

The ICC does not encourage the growth of too many T20 leagues that have no proper structure or monitoring. The idea behind the formation of the entire events monitoring group was to keep an eye on these unregulated T20 leagues. From sponsoring to TV rights to players auctions everything is being taken into consideration.

“Honestly, if something is not done about it, this could turn out to be pandemic in multiple ways. Nobody who is in charge of running these so-called systems in place has an idea of who is behind the inception of these properties,” a senior ICC executive said.

“And it all boils down to two questions that nobody has answers. First, who is putting money into these leagues? Second, who is earning from these leagues? There’s no answer to both these questions and that’s what is dangerous.” 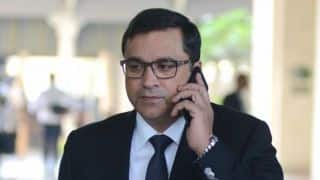