Even Cheteshwar Pujara lost his cool in the middle, such was the nature of the dismissal. 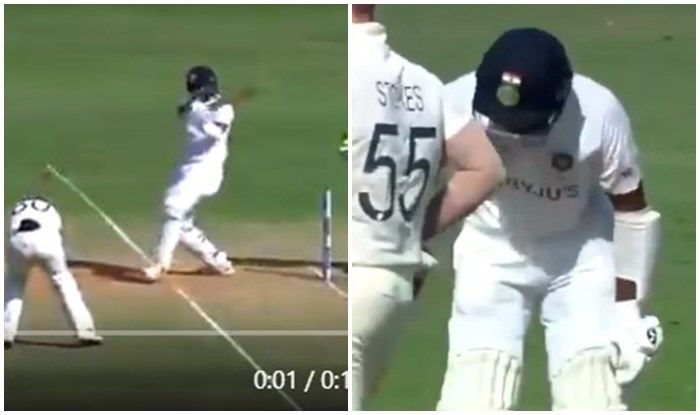 Chesteshwar Pujara is arguably the coolest customer in the Indian dressing-room, but he too lost his cool during the third day of the first Test in Chennai. Pujara was looking in good touch and in the company of Rishabh Pant, he seemed to be playing in a fluent fashion – something he rarely does. The pitch seemed to suit his style of strokeplay and just when he looked all set for a century, he perished in the most unlucky manner.

Pujara pulled Dom Bess hard, but it hit Ollie Pope at forward short-leg and ricocheted off to Rory Burns – who took a simple catch. The ball was headed to the boundary and not the way Pujara wanted his stay to come to an end. He hit 73 off 143 balls. After his dismissal, he slammed the bat on his pads in a frustrating manner, not something he usually does.

Pujara was very unlucky. He got out like this after playing so well. ???

The dismissal reminded fans of former India cricketer Sachin Tendulkar – who was sent packing in the same manner – at Mumbai in 2001 when against Australia. Back then, Ricky Ponting took the catch eventually.

During his stay in the middle, Pujara stitched a crucial 119-run-stand with Rishabh Pant. Pant missed his first international century on Indian soil by nine runs as he was dismissed trying to take on Dom Bess.

Eventually, India ended day three at 257 for six. The hosts still need 121 runs to save the follow-on and that will primarily be the target of the two local boys – Washington Sundar and Ravichandran Ashwin. 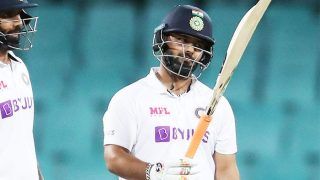 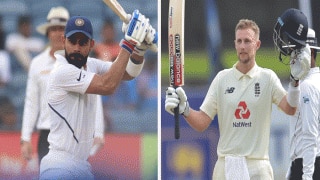