The third Test will be held at Perth from December 14.

Australia are just a step away from claiming the Ashes series at home against England. The oldest rivalry began with Australia thrashing England by 10 wickets in the first Test at The Gabba. The second Test, which was a day-night contest, was neck and neck. However, the England batsmen faltered and handed Australia their second win by 120 runs.

They are currently on a high and are making complete use of the break with a fun shoot for a famous fast food brand. Pat Cummins, David Warner, Usman Khawaja and Nathan Lyon will be seen in the commercial where they were made to wear head buckets.

As talented as they are, these Aussie stars can’t get it right all the time! Enlist in HCG Buckethead Army HERE: https://t.co/ei3IStJY8k pic.twitter.com/cNJKaAst8U 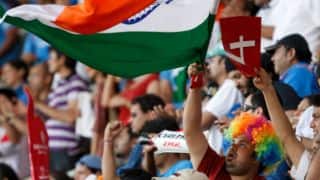