In the video, Maxwell and his fellow team-mate Mitchell Marsh get behind the mike and the camera and take us through what it feels like to travel with the Australian team.

There was a time when a fan’s knowledge about his favourite cricketer was restricted to the matches he played in or the rare interviews he gave to the media. But thanks to the advent of social media and technological advancements, the fans these days get to stay connected with their favourite cricketers 24×7.

There is simply much more exposure than before and even the cricketers seem to relish it. They too love to stay connected with their fans by sharing stuff from their lives beyond cricket with them. A recent video shared by Cricket Australia’s official Facebook page, where cricketers Glenn Maxwell, Mitchell Marsh and others share their on-flight experience, illustrates this point the best. ALSO READ: Photos: The other side of ‘Melbourne Star’ Glenn Maxwell.

The video starts with Maxwell preparing to board the flight to Barbados with his team mates. He and his fellow team-mate Marsh then get behind the mike and the camera and take us through what it feels like to travel with the Australian team. The video shows the lighter side of travelling with the Aussies, as the two even pull a prank on ‘sleeping’ Darren Lehmann, their coach.

There is much more to it, so watch it here and fly high with the Australian cricket team, which became the first team to qualify for the final of the ongoing tri-nation series in the Caribbean on Tuesday. They beat hosts West Indies, who now compete for the second spot in the final with South Africa. 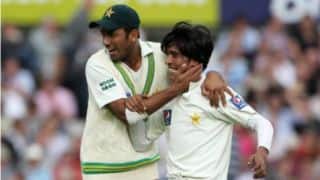